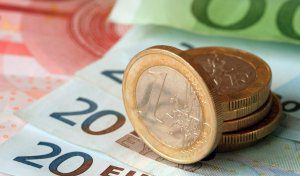 The Illichivets newspaper reported that German investors resume cooperation with Mariupol: at present new equipment is being actively installed at KME-Magma Service Ukraine. The equipment to repair details of ingot-forming equipment was shipped from Germany.

The joint venture was created in 2013 by Mariupol-based Magma LLC, an engineering company, and КМЕ Group. Only three years later foreign investors came to Mariupol.

“We consider Mariupol as the steel region which is famous by steel production in the world and which should continue developing,” Marketing Director at KME Norbert Folkman.

He said that the fact that the German group decided to invest in the Mariupol company is a signal that Europeans think that the situation here will develop positively.

Folkman said that over EUR 2 million has been invested in the project and this is only the start.

The new line at KME-Magma Service Ukraine will be launched in May and 20 places of work will be created there. 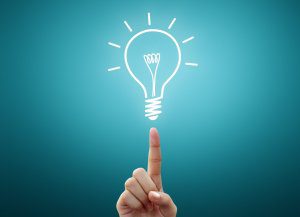 KYIV. Feb 4 (Interfax-Ukraine) – The Verkhovna Rada has ratified an agreement between the Ukrainian government and the European Commission on Ukraine’s joining the Creative Europe programme.

Deputy Prime Minister and Minister of Culture Viacheslav Kyrylenko said presenting the bill in the parliament, soon a tender to select a head of the bureau will be announced. 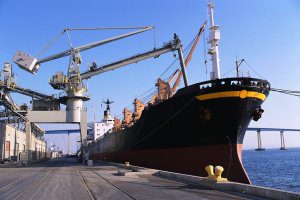 KYIV. Feb 4 (Interfax-Ukraine) – Some agricultural companies invested billions of hryvnias in the development of facilities at Ukrainian seaports in 2015, according to a report of the Cabinet of Ministers published on its website.

Noble Agri (China) used around UAH 500 million to realize a project on building a grain terminal in the rear part of berths 1 and 2 at Mykolaiv seaport.

Bunge (the U.S.) invested around UAH 1.7 billion in construction of a modern grain terminal and a seed crushing plant in the rear parts of berths 13 and 14 of Mykolaiv seaport.

Brooklyn-Kyiv LLC (Louis Dreifus, France) is building a grain terminal in the rear part of berth one of Odesa seaport. The Ukrainian Sea Port Authority is implementing a project on construction of berth 1-z for general cargos. Brooklyn-Kyiv raised $60 million from the European Bank for Reconstruction and Development to create the grain complex with an annual capacity of 4.5 million tonnes.

HPC Ukraine (Germany) is the operator of a container terminal on the Quarantine Mole of Odesa seaport and the investor in its expansion. Total investment in the project is UAH 5.18 billion. The construction will be finished in 2018. At present, the readiness of the project is 61.5% and UAH 3.192 billion has been used.

In 2015, state-run enterprises managed by the Infrastructure Ministry of Ukraine and companies investors signed several memorandums of intent. On July 19, 2015, a memorandum of intent was signed between Illilchivsk Maritime Merchandise Port and Soufflet Negoce S. A. The memo envisages investment in construction of a new terminal on one of the port’s berths. Total investment will be up to $100 million.

On August 13, 2015, a trilateral memo of cooperation between the Ukrainian Sea Port Authority, MV Cargo LLC and AT Cargill on the joint realization of affiliated projects on building a grain handling terminal with berth 25 and the creation of a working water area near the berth 16 meters deep. Total investment is planned at some $130 million.

Then the memorandum of intent was signed between Oktiabrsk Sea Port and public joint-stock company ArcelorMittal Kryvyi Rih. The document announces joint actions and development of cooperation in the sea transport and metal exports area. 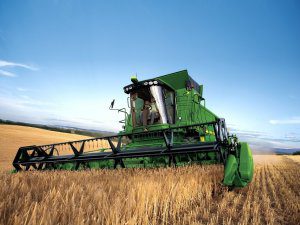 He said that currently Astarta is actively working on boosting sugar exports to the EU as there is a shortage of sugar on the European market. In 2015, Astarta exported 10,000 tonnes of sugar to the EU.

“The quota for sugar exports by Ukraine to the EU is 20,700 tonnes. The counter quota is up to 30,000 tonnes. The EU has a chance to supply more sugar to our territory than Ukraine to the EU. Ukraine produces some 1.5 million tonnes of sugar and the EU – over 15 million tonnes which is 10 times more… The huge EU market today faces a shortage. We could cover it, supplying fairly and proportionally to the size of the market. They have ten times more market – give us ten times more quota, 200,000-250,000 tonnes,” he said.

Ivanchyk said that these issues are raised before the government and parliament by nongovernmental and sector organizations, although there is no feedback.

He said that the company is also interested in the markets of the Middle East, North Africa, Southeast Asia, in particular, China, Japan and South Korea.

“India is also an interesting market for us, they did not have a good harvest, and I’m sure that wheat will go there in the near term,” he said.

Astarta does not export its products to the Middle Asia (Kirgizstan and Kazakhstan), Georgia.

“Our government does nothing for opening the markets in Afghanistan, Iran and Iraq. These markets could seriously expand geography of exports. We fail to develop the market with Turkey. They have large opportunities for developing public private partnership by Ukraine,” he said.

Ivanchyk said that Astarta is working with Chinese companies on signing contracts to export corn. China has distributed the quota, but the contracts will be signed after New Year holiday in China starting from February 15, 2016. 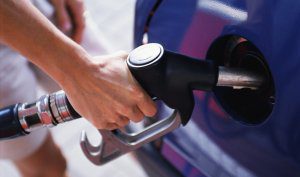 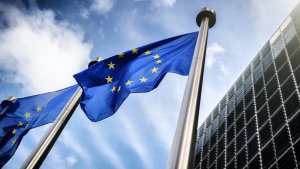 Delegations of such EU countries as France, Germany, Poland, representatives of the European Parliament, the European Commission, who gathered in the Polish city of Lodz to discuss closer integration and further development with the Ukrainian side, have positively evaluated the efforts made by the Ukrainian non-governmental sector to stimulate the process of reform in the country. This was the subject of the presentation of the large-scale “Transformation of Ukraine” National Platform, which was introduced by co-founder of the initiative, President of the Ukrainian League of Industrialists and Entrepreneurs (ULIE) and Chairman of the Anti-Crisis Council of NGOs Anatoliy Kinakh at the 9th Europe-Ukraine International Forum.

This National Forum, which has accumulated a large number of proposals and social resources within a short period of time, aims to build a democratic state, introduce a European development model in the country. It brought together representatives of all branches of power and civil society in Ukraine, clergy, international organizations from the EU Member States and G7 countries. The forum also enjoys great support of foreign partners from the Baltic States, Central and Eastern Europe.

The ULIE actively involves its international partners ‒ MEPs, the largest European business association BUSINESSEUROPE ‒ in the development of this platform. Related meetings were held by industrialists and entrepreneurs in Brussels late last year.

Participants in the Forum have long been cooperating with peers from Poland, in particular, they are currently engaged in the development and implementation of an approach to using Polish experience in the country’s transformation in line with EU standards.

The European partners, who attended the presentation, including the former European Commissioner for Enlargement and European Neighbourhood Policy (February 2010 through October 2014) Štefan Füle and Head of the EU Delegation to Ukraine, Ambassador Jan Tombinski and others, shared Kinakh’s opinion that the National Forum has all the resources to become an effective instrument of interaction between society, the president, the parliament, the government of Ukraine and the international community to foster the transformation, support the developed, strong national economy and ensure sustainable development.

Two meetings of the “Transformation of Ukraine” National Forum have already been held. They defined priorities and outlined tasks for 2016. These are the fight against corruption, the creation of conditions for the rule of law and equality before the law, energy security, social policy, the development of local government, innovation policy as well.