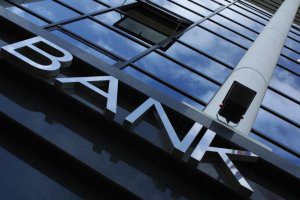 KIYV. Sept 17 (Interfax-Ukraine) – The World Bank has provided a loan of $500 million to finance the Second Financial Sector Development Policy Loan, the National Bank of Ukraine (NBU) has said on its website.

“The loan was endorsed by the Directors’ Board of the World Bank on September 15, 2015. This loan is one more step towards enhancing the financial stability of our country to recover its economy,” the report said.

The maturity period for the loan is 17 years, and the first six years are a grace period.

“Within several days the loan will be transferred to the state budget as a single payment,” the report said. 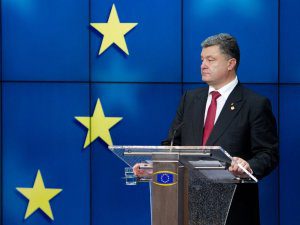 KIYV. Sept 17 (Interfax-Ukraine) – Ukrainian President Petro Poroshenko has said that 24 countries-members of the European Union (EU) have finished the process of ratification of the Ukraine-EU Association Agreement.

“In a year that passed after signing the Ukraine-EU Association Agreement 24 states have fully completed the ratification process, despite [the fact] that it was said that it would take over three years to do this,” said on his Facebook page.

Poroshenko said that the agreement on the Deep and Comprehensive Free Trade Area (DCFTA) with the EU would take effect from January 1, 2016.

“No postponement is [being] discussed!” he added.

Poroshenko’s post includes a map which states that Belgium and the Czech Republic have started the ratification process, but have not yet completed it, and that Greece and Cyprus have not ratified the agreement.

All 28 countries-members of the EU must ratify the agreement for it to take effect. 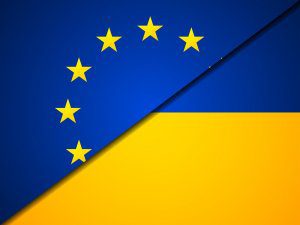 KIYV. Sept 17 (Interfax-Ukraine) – Ukraine has approved 17 out of 24 technical regulations of the European Union (EU) which are required as a part of the implementation of the Deep and Comprehensive Free Trade Area (DCFTA) with the EU, Economic Development and Trade Minister of Ukraine Aivaras Abromavicius has said.

“As for [technical] regulations… Now 17 out of 24 have been approved,” he said at a meeting of the parliamentary committee for European integration on Wednesday. 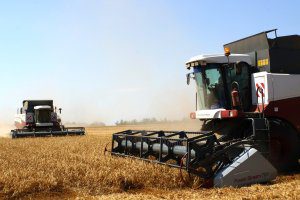 The corporation said on its website, referring to Deputy Board Chairman Andriy Repko, that the sum was used to buy grain and industrial crops in Ukraine and to finance expenses on grain supplies to ССЕС Corporation under the cooperation agreements.

State Food-Grain Corporation said that the rest of the funds remain in the corporation’s accounts at Ukreximbank.

In late 2012, the State Food and Grain Corporation of Ukraine received the first tranche of $1.5 billion from the Export-Import Bank of China. The funds were to be allocated to carry out spot and forward purchases of four million tonnes of grain which would be shipped to China.

China National Machinery Industry Complete Engineering Corporation is the operator under the contract, which was signed for a period of 15 years.

The corporation plans to export 3.5 million tonnes of grain by late 2015 under the Chinese contract. 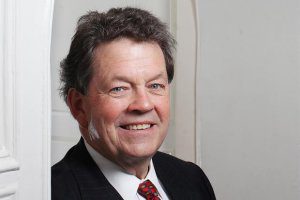 KYIV. Sept 16 (Interfax) – Arthur Betz Laffer, the father of ‘supply-side economics’, has become the advisor on taxation issues to Natalie Jaresko, the Ukrainian minister of finance.

“As an advisor to the minister of finance, Laffer will be consulting the minister on issues concerning the implementation of tax reforms in Ukraine, which will allow the creation of a transparent and efficient taxation system that will stimulate investment, economic growth and job creation, as well as improve the quality of public services rendered for business purposes, and therefore, will give a powerful impulse for the sustainable growth of the national economy of the country,” the Ministry of Finance said in a statement on Tuesday.

The founder and head of Laffer Associates and Laffer Investments, Laffer obtained his PHD (Doctor of Philosophy) degree and later became a professor at Stanford University. He is also a professor at the University of South Carolina and the University of Chicago, the author of a theory linking state income with the average level of tax rates in the country (the ‘Laffer curve’). Laffer was once an economic advisor to U.S. President Ronald Reagan and UK Prime Minister Margaret Thatcher.

The statement also said that Slovakia’s former Deputy Prime Minister and Minister of Finance Ivan Miklos, as well as international economists Chris Wales and Robert Conrad had earlier joined the team of advisors and deputies of the Ukrainian minister of finance.

EBRD COULD PROVIDE $40 MLN TO EXPAND GRAIN TERMINAL IN ODESA

KYIV. Sept 16 (Interfax-Ukraine) – The European Bank for Reconstruction and Development (EBRD) could provide up to $40 million to GN Terminal Enterprises Ltd. (Cyprus), which belongs to the GNT group, to finance the expansion of the existing grain terminal at Odesa port, the bank said on Monday.

The bank said that its board will discuss the issue on October 14.

The total cost of the Serseris Grain Terminal project includes the expansion of the terminal’s capacity and its storage facilities, and is assessed at $69 million.

Serseris Holdings Limited (Cyprus) is a subsidiary of CHS Europe SA, which is part of U.S. CHS Inc.

CHS Inc. in spring 2009 said that the corporation had started investing in a joint project with GN Terminals (Odesa) on the creation of an export grain terminal in Ukraine on the Black Sea coast in Odesa with a capacity of 2 million tonnes a year.