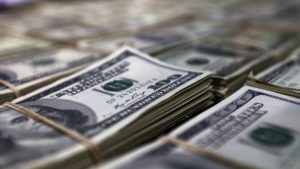 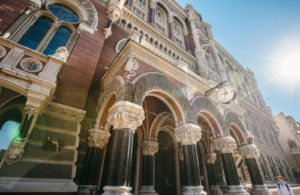 The National Bank of Ukraine (NBU) will send part of its profit for 2018 in the amount of UAH 64.878 billion to the national budget, Head of the NBU Council Bohdan Danylyshyn wrote on his Facebook page, referring to the decision of the NBU Council, on Tuesday.
“The Council decided to approve the distribution of profits of the National Bank of Ukraine for 2018 in the amount of UAH 64.878 billion in the following areas: the formation of total reserves of net worth of the National Bank of Ukraine – UAH 3.566 billion; obligations of the National Bank of Ukraine to the national budget of Ukraine for 2018 year – UAH 64.878 billion,” he wrote.
As reported on the website of the NBU, the main components of the profit of the central bank are the interest profit, as well as the results of operations with financial assets and liabilities in foreign currency and financial tools.
Net interest income after the release of reserves for 2018 is UAH 34.9 billion (in 2017 – UAH 45.2 billion). In 2018, the result of currency revaluation for the first time since 2013 became negative due to the strengthening of the hryvnia exchange rate to foreign currencies and amounts to UAH 2.2 billion. A positive result from the revaluation of debt securities at fair value is UAH 6.7 billion (in 2017 – UAH 2.7 billion). Administrative expenses of the NBU and costs associated with the manufacture of banknotes, coins and other products amount to UAH 3.78 billion (in 2017 – UAH 3.59 billion). Also in 2018, funds secured for legal obligations, including lawsuits, in the amount of UAH 2.1 billion were released.
The schedule for transferring part of the NBU profit for 2018 to the national budget will be agreed with the Finance Ministry of Ukraine, the NBU said. 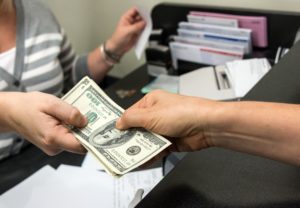 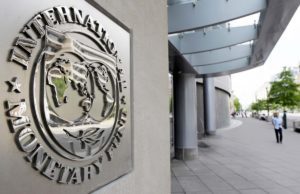 The National Bank of Ukraine (NBU) counts on continuation of cooperation of Ukraine with the International Monetary Fund (IMF) after the expiration of the currency Stand-By Arrangement (SBA), according to an inflation report for January 2019 posted on the website of the central bank.
The document, in particular, has the key assumptions for the macroeconomic forecast of the NBU for 2019-2021, including payments to the public sector from donors in 2019-2021 ($6.5 billion from the IMF, $1.6 billion each from the EU and the World Bank), along with the placement of government external loan bonds for $8.5 billion, will allow refinancing most of the payments on external obligations.
As reported, the IMF Executive Board, following a meeting on December 19, 2018, approved a new program of cooperation with Ukraine under the stand-by arrangement. The amount of the 14-month program is equivalent to SDR 2.8 billion, or about $3.9 billion. Some SDR 1 billion (about $1.4 billion) was provided immediately, while the remaining funds will be provided based on the results of the program reviews in May and September 2019. The NBU thus plans to raise some $4 billion from the IMF in 2020-2021.
In addition, at the end of January 2019, the NBU said that it had laid out macroeconomic forecasts for the country to place eurobonds worth $2 billion in 2019. Thus, the National Bank expects an increase in sovereign eurobonds in subsequent years to more than $3 billion.
As reported, Ukraine in October 2018 placed two tranches of eurobonds: $750 million five-year bonds and $1.25 billion 10-year bonds.
The yield on the five-year bonds was 9% per annum, and for the 10-year bonds it is 9.75%.
BNP Paribas, Citi, Goldman Sachs and J.P. Morgan acted as organizers of the issue.

NATIONAL BANK OF UKRAINE EXPECTS TWO TRANCHES OF $1.3 BLN EACH FROM IMF 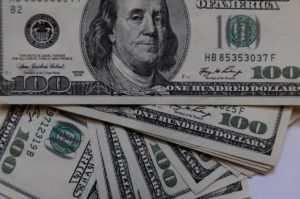 The National Bank of Ukraine (NBU) expects that two tranches of the rest of $2.6 billion of the 14-month Stand-By Arrangement (SBA) of the International Monetary Fund (IMF) opened in December 2018 would arrive in 2019, Governor of the NBU Yakiv Smolii has said. “This year we expect two tranches of $1.3 billion each: one in May and another in September. Accordingly, these funds will be sent to foreign exchange reserves,” he said at a press conference.
The head of the NBU recalled that the first tranche of the SBA was $1.4 billion and was provided in December last year.
Smolii said that last year, thanks to $2.4 billion from international partners (the IMF, the European Union and the World Bank) in reserves, the country’s forex reserves increased by $2 billion and reached $20.8 billion – highest figure for the last five years.
As reported, on December 19, 2018, the Executive Board of the IMF approved a new 14-month SBA. The new SBA, with a requested access of SDR 2.8 billion (equivalent to $3.9 billion), will provide an anchor for the authorities’ economic policies during 2019.
A total of SDR 1 billion (around $1.4 billion) were provided at once, and the rest of the funds will be provided after the six month reviews. 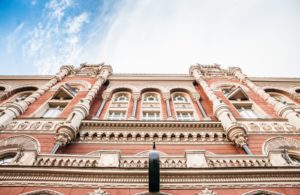 The National Bank (NBU) could in the near future reduce the rate of mandatory sale of foreign currency earnings for exporters from 50% to 30% or cancel it completely, Deputy Governor of the NBU Oleg Churiy has said. “If we carry out another wave of currency liberalization in the near future, we will remove or reduce these restrictions. Perhaps, we will reduce mandatory sale from 50% to 30%, but this will depend on the macroeconomic situation. Perhaps, we will completely cancel it,” he said.
The NBU in the policy of gradual liberalization of the currency market focuses not on temporary restrictions but on macroeconomic indicators and possible consequences, he said.
According to the banker, the central bank considers the abolition of compulsory foreign exchange earnings for exporters to be among the priorities of currency liberalization along with the lifting of restrictions on the repatriation of dividends to foreign investors.