Another 4 ships loaded with food depart from Ukrainian ports 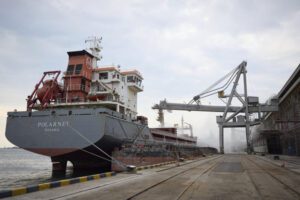 A convoy of four ships loaded with food departed from two Ukrainian ports on Wednesday, the Anadolu agency said with the reference to the Turkish Defense Ministry.
The ships, carrying sunflower oil, oil cake and corn, sailed out of Odesa and Chornomorsk, the ministry said.
On July 22, Russia, Turkey, Ukraine and the United Nations signed two documents to create a corridor for grain exports from three Ukrainian seaports: Chornomorsk, Odesa and Pivdenny. The parties also established the joint coordination center monitoring food supplies that brings together representatives of Russia, Turkey, Ukraine and the UN.
In all, 25 ships loaded with food have departed from Ukrainian ports since August 1 consistent with the agreement. 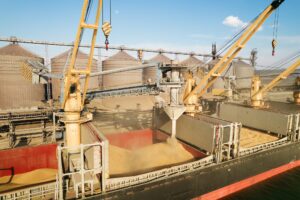 Five ships loaded with grain, including corn and wheat, departed Ukrainian ports on Tuesday, the Anadolu news agency reported with reference to the Turkish Defense Ministry.
Two ships left Pivdenny port and three others Chornomorsk port, it said.
The Joint Coordination Center in Istanbul is also set to inspect four vessels en route for Ukraine to be loaded with grain on Tuesday.
Participants in four-sided negotiations (the United Nations, Russia, Turkey, and Ukraine) signed two documents in Istanbul on July 22 regulating the functioning of a sea corridor for exporting grain from the Ukrainian seaports of Odesa, Chornomorsk, and Pivdenny. 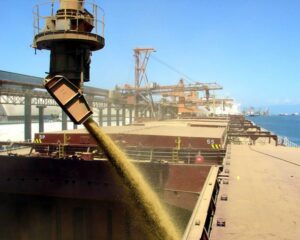 The opportunity to use all three seaports of Big Odesa within the framework of the Istanbul Grain Initiative will help increase transshipment volumes to three or five vessels a day within two weeks, Infrastructure Minister Oleksandr Kubrakov has said.
“Our goal is to increase transshipment in ports. Within two weeks we plan to reach the transshipment volume of three or five vessels per day,” the Ukrainian Sea Ports Authority (USPA) quoted him as saying in connection with the departure of the first vessel from the port of Pivdenny – Sacura with 11,000 tonnes of soybeans for Italy on Monday.
Earlier, as part of the grain initiative, eight vessels with corn, sunflower seeds and sunflower oil with a total tonnage of over 250,000 tonnes left the ports of Odesa and Chornomorsk. Four of them with 84,500 tonnes have already arrived in Istanbul and have been or are being tested by the Joint Coordination Center.
Together with the vessel Arizona, which also left Chornomorsk for Turkey on Monday, carrying 48,500 tonnes of corn, the total number of vessels reached 10, and their tonnage was about 310,000 tonnes.
In addition, within the framework of the Istanbul Grain Initiative, the first vessel for loading since the beginning of the war has already arrived in the Ukrainian port on August 7, and the second on the same day was inspected by the Joint Coordination Center near Istanbul.
“We are working with the guarantors of the agreements so that the grain corridor works smoothly and all the requirements for shipping are met,” Kubrakov said.

Three more ships with grain will leave Ukraine on August 5 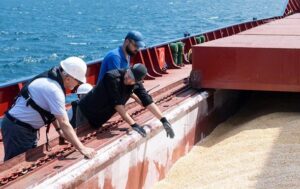 The departure of three dry cargo ships with grain and food from Ukrainian ports is scheduled for August 5, Minister of National Defense Hulusi Akar said, Turkish Anadolu agency reports.
According to the agency, Akar held separate talks with Ukrainian Defense Minister Oleksiy Reznikov and Infrastructure Minister Oleksandr Kubrakov. The issues of grain transportation were discussed at the talks.
In addition, the vessel is also expected to be checked and sent from Istanbul for loading in Ukraine, the Turkish Defense Minister said.
The Ukrainian authorities have not yet announced the departure of the courts on August 5.
On July 22, in Istanbul, with the participation of the UN, Ukraine, Russia and Turkey, two documents were signed on the creation of a corridor for the export of grain from three Ukrainian ports – Chornomorsk, Odessa, Pivdenny.
On August 1, the vessel Razoni with 27 thousand tons of corn left the port of Odessa under the flag of Sierra Leone and is heading for Lebanon. 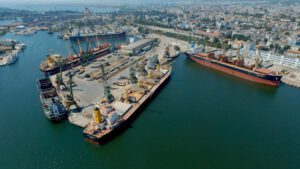 TURKEY READY TO PROVIDE SHIPS TO EVACUATE CIVILIANS FROM MARIUPOL 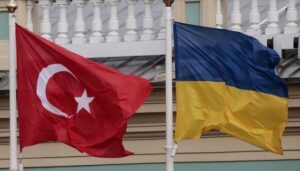 Turkey is ready to provide ships to organize the evacuation of civilians and the wounded from Mariupol by sea, Turkish National Defense Minister Hulusi Akar said on Saturday, Anadolu Agency reported.
“Ankara’s readiness to support the evacuation process was brought to the attention of the Russian military attaché in Turkey, who was invited to our defense department. A similar initiative was transferred to Russian authorities and through the Turkish military attaché in Moscow. We are also coordinating our efforts with Ukrainian authorities through the military attaché in this country,” Akar said.
Akar also noted that Turkey continues to supply humanitarian aid to the Ukrainian people.
The Turkish minister announced active contacts with the Russian Federation and Ukraine and on the issue of the safe exit of Turkish ships from Ukrainian ports.
Regarding the mine threat in the Black Sea, the minister noted that at the moment there are no problems for shipping.