UKRAINE INTENDS TO ACCEPT UP TO ONE MILLION TURKISH TOURISTS

KYIV. July 17 (Interfax-Ukraine) – Ukraine intends to equalize a flow of tourists to Ukraine from Turkey with that from Ukraine to Turkey, increasing the accepting of Turkish tourists by five times, to one million people, the deputy director of the tourism and resorts department of the Ministry of Economic Development and Trade of Ukraine, Vitalina Martynovska, has said.
“We plan to equalize the flow of tourists from Turkey to Ukraine with the one from Ukraine to Turkey. Today the flow of tourists from Ukraine to Turkey is about one million tourists, while that from Turkey to Ukraine five times less,” she said, when presenting the Stopover tourist product of Turkish Airlines in Kyiv.
According to Martynovska, the ministry planned several measures to stimulate a tourist flow from Turkey to Ukraine, including holding press tours for the leading Turkish mass media in Ukraine, the presentation of Ukrainian tourist products in Turkey and Ukraine’s participation in a large tourist exhibition in Izmir.
In addition, she said the agreement on the entry of Turkish citizens to Ukraine using ID cards contributes to the increase of tourist flow from Turkey.

CONSTRUCTION OF SEVERAL REGIONAL CONCRETE ROADS COULD START IN 2017 – UKRCEMENT 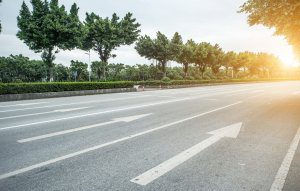 KYIV. July 17 (Interfax-Ukraine) – Construction of several concrete regional roads could start in 2017 if the State Automobile Roads Agency of Ukraine (Ukravtodor) would help to realize the projects, Head of the Ukrcement association of cement producers Pavlo Kachur has said in an interview with Interfax-Ukraine.
“Today the following highways are at the design and examination stages: Kirovohrad-Mykolaiv, an orbital road around Zhytomyr, a section of the Poltava-Dnipro road near Reshetylivka and two regions roads in Lviv and Ternopil regions. This is not new construction. These are sections that are to be reconstructed,” Kachur said.
He said that in 2017 prices the cost of construction of asphalt and concrete roads is almost the same, while the life cycle of the concrete road is 25 years and that for asphalt – twice less.
“We take into the period of the road exploitation of 25-30 years, the expedience of construction and servicing the concrete road is twice higher than for the asphalt one. In addition, concrete roads are safer and more environment friendly. They are able to bear larger axial load,” he said.

KYIV. July 14 (Interfax-Ukraine) – Iraqi businessmen are holding talks with an enterprise in Kyiv region on investing $15 million in poultry production, the Chamber of Commerce and Industry of Ukraine has reported after the Ukraine-Iraq Cooperation business forum.
“The negotiations on investment of $15 million in Ukrainian poultry production have been launched. This is an enterprise operating in Kyiv region,” Chairman of the Iraqi-Ukrainian business council Abbas Al-Nouri said.
He said that the proposal of the Ukrainian producer has two options – leasing of production facilities or selling them.
“Iraq plans to export products from this enterprise to Iraq in the amount of 1,000 tonnes this year, and they plan to boost the figure to 1,500 tonnes in 2018,” he said.
As reported, Iraq in the middle of June lifted a ban on imports of poultry from Ukraine imposed in the middle of March 2017 over avian influenza outbreaks.

KYIV. July 17 (Interfax-Ukraine) – Lviv Locomotive Repair Plant, one of the leading enterprises of Ukrzaliznytsia, increased its net income by 92.4% in January-June compared to the same period in 2016, to UAH 113.8 million.
According to a quarterly financial report of the enterprise posted in the information disclosure system of the National Commission on Securities and the Stock Market, its net loss for this period increased by 16.5%, to UAH 26.9 million.
In the first half of the year the plant received UAH 600,000 of gross loss against UAH 400,000 a year earlier, while operating loss amounted to UAH 26.9 million against UAH 23 million.
Thus, taking into account the previously announced figures for the first quarter of this year, in the second quarter of this year the plant almost doubled net income compared to the same period in 2016, to UAH 62.9 million, while its net loss decreased by 5%, to UAH 11.7 million.
According to the report, the plant in April-June repaired 204 wheel sets for UAH 16.8 million, 34 traction engines for UAH 7.7 million, and 11 units of auxiliary electric machines for UAH 900,000. 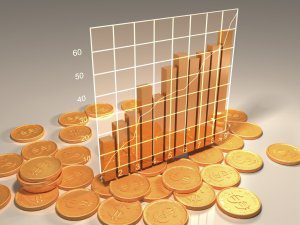 KYIV. July 17 (Interfax-Ukraine) – PJSC Bank Sich (Kyiv) has increased its charter capital by UAH 71.69 million, or by 55.8%, to UAH 200.09 million by an additional issue of shares, the bank said on its website.
“The NBU agreed changes in the charter of PJSC Bank Sich, by which the bank’s capital was increased to UAH 200 million. The regulator’s capitalization requirements have been fulfilled by the bank in full,” the report says.
As reported, the bank will use the funds attracted from share placement to ensure its operating activities.
Bank Sich was founded in 2011. The largest shareholders of the bank by early January 2017 were Valeriy Razdorozhny (48.33%), Oleh Balanda (36.6667%), Andriy Melnyk (9.17%), and Oleh Hubanov (5.83%). 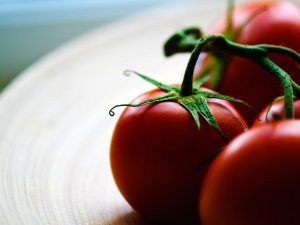 KYIV. July 14 (Interfax-Ukraine) – Agrofusion, the largest Ukrainian vertically integrated producer of tomato paste, could in August 2017 put into operation a tomato processing plant.
“We are building one of Europe’s largest commodity processing plants. We hope that at the end of August it will be successfully completed and put into operation,” Agrofusion (the Inagro brand) Financial Director Ivan Sakal said at a meeting of business representatives with Head of the State Architecture and Construction Inspectorate Oleksiy Kudriavtsev in Kyiv.
As reported, in March 2017 the European Bank for Reconstruction and Development issued a loan of $15 million to Agrofusion for building the third tomato processing plant.
The loan will allow the company to partially finance the construction of the third tomato processing plant in Ukraine with a capacity of 34,000 tonnes of tomato paste a year.
Earlier, the total cost of the Agrofusion project was estimated by the EBRD at $50 million.
In 2017 the Cabinet of Ministers of Ukraine approved funding of $23 million from the European Investment Bank to Organic System (Mykolaiv region), part of Agrofusion.