LPG SALES IN UKRAINE WOULD EXCEED PETROL SALES IN 2017 – EXPERT

“In the past three years LPG sales grew by more than 1.5 times. In 2016, the volume of LPG sold in liters would be the same as petrol, and in 2017 LPG sales would exceed petrol sales,” he said at the Petroleum Ukraine 2016 conference in Kyiv on Tuesday.

Kuyun added that the large growth of the LPG segment is linked to lower prices compared to petrol.

He recalled that this was clearly seen after removing obstacles created for importers of LPG in the times when Viktor Yanukovych was president. The expert said that geography of LPG supplies to Ukraine expands today. This year LPG even came from Sweden, Egypt and Italy.

“It is likely that Ukraine would enter the top five largest LPG consumers in the world,” he said. 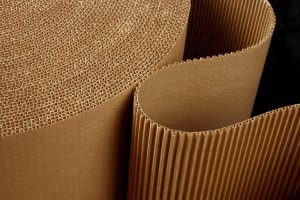 KYIV. Nov 16 (Interfax-Ukraine) – Kyivsky cardboard paper mill (Obukhiv, Kyiv region), a leader in Ukraine’s pulp and paper industry in terms of production and sales, produced goods worth UAH 3.481 billion in January through October 2016, which is 12.7% up year-over-year.

According to the UkrPapir association, the mill saw a rise in production of corrugated cardboard packaging and production of base paper in kind in the first 10 months of 2016. Cardboard production decreased by almost 5%, to 16,120 tonnes.

Production of base paper (for sanitary products) rose by 7.3%, totaling 62,740 tonnes. Production of toilet paper, where the mill is a strong leader among other producers, grew by 2.8%, to 336.13 million rolls.

Kyivsky cardboard paper mill is one of the largest cardboard and paper producers in Europe. It employs almost 2,200 people. It sells produce to almost 700 companies in Ukraine, some CIS member states and the rest of the world.

It mainly produces goods from wastepaper. Its capacity for processing wastepaper exceeds 850 tonnes a day. 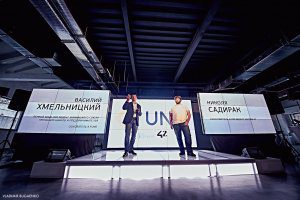 KYIV. Nov 16 (Interfax-Ukraine) – K.Fund of businessman Vasyl Khmelnytsky in partnership with the French programming school “School 42” has opened the UNIT Factory programming school, which is one of the key elements of an innovation technological park, while investment could range from $100 million to $400 million in ten years. 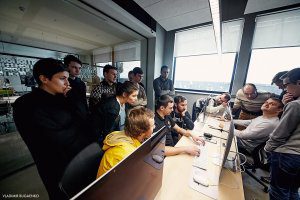 “UNIT Factory will train about 300 students. We plan to increase their number to 3,000 within three years,” Khmelnytsky said, when opening the school.

According to him, training will be free if graduates work in Ukraine for three years.

As reported, K.Fund and ΒlackBox Capital plan to create the Technology Companies’ Development Center (TCDC) in Kyiv, which will be engaged in support of small and medium hi-tech projects. 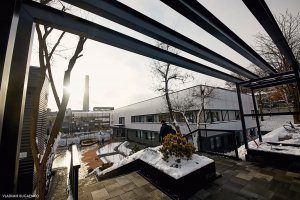 The Technology Companies’ Development Center will be located in the territory of former Kyiv Motorcycle Plant, which in 2012 was acquired by Capital Index Group LLC controlled by Khmelnytsky.

Currently, construction work is being carried out on the site. It will be finished in December 2016. 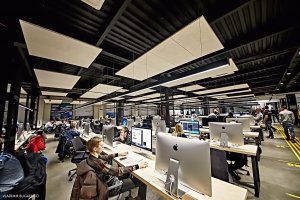 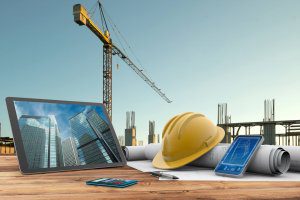 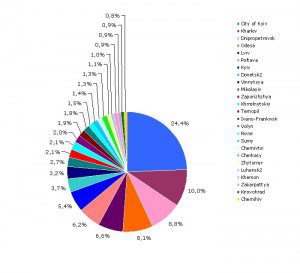 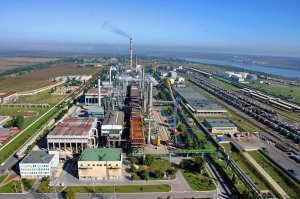 KYIV. Nov 15 (Interfax-Ukraine) – PJSC Ukrnaftoburinnia and Cypriot-based Glenshee Holdings Ltd. could buy 99.567% in PJSC Odesa port-side chemical plant, reads a report in the bulletin of the National Commission on Securities and the Stock Market.

Both companies intend to participate in a privatization tender scheduled for December 14, 2016.

As reported, the initial price of this stake is UAH 5.16 billion, the bid increment is UAH 150 million. Potential buyers can apply to the State Property Fund with the initiative to sign confidentiality agreements until November 29, 2016. Tender documentation and final draft contracts are accepted until December 6. 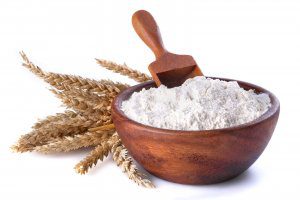 KYIV. Nov 15 (Interfax-Ukraine) – State enterprise Kulindorivsky bakery of the State Reserve Agency has shipped the first batch of flour to the United States.

According to a press release from the agency, this is the first batch of flour supplied from Ukraine to the U.S. market in the past five years.

“In fact, the state-owned enterprise managed to supply goods to the highly competitive market transparently and without intermediaries. This is a very extraordinary event,” agency chairman Vadym Mosiychuk said.

According to him, to get into this market the company had to undergo a lot of expertise and obtain appropriate permits confirming the quality of its produce. Bakery specialists have repeatedly sent product samples for testing and hold negotiations.

“On November 11 the first container with flour left for the United States. Due to the fact that today the price/quality ratio of the combine’s products is suitable for the external market, we can hope for the stability of such supplies in future,” bakery CEO Volodymyr Berezniak said.

According to the information disclosure system of the National Commission on Securities and the Stock Market, other large shareholders in Ukrnaftoburinnia at the end of 2015 were British-based Ares Systems Ltd. and Ariana Business Limited, registered at the same address in London, with the equal stakes of 22.4996%, and JKX Ukraine B.V. (the Netherlands) with 10%.

The owners of Ares Systems and Ariana Business in British registers are Viola Blue Ltd. and Provost Promotion Inc., trapped in the Panama Papers, respectively.

State-owned Odesa port-side chemical plant produces chemical goods. It is engaged in transshipment of ammonia on board ships.