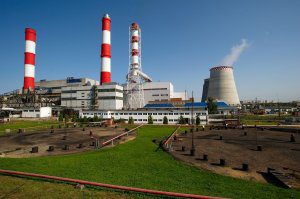 KYIV. Nov 15 (Interfax-Ukraine) – Ukraine’s State Property Fund (SPF) has announced a tender to sell public joint-stock company Kherson combined heat and power plant. The auction will be held on December 22, 2016, according to an announcement in the Vidomosti Pryvatyzatsii newspaper.

The starting price is UAH 155 million. The bid increment is UAH 1.55 million.

The buyer is obliged to pay tax debts during one year and install a new boiler consuming solid fuel with the circulating fluidized bed technology.

Earlier the SPF head said investors showed no interest to the plant.

NEW COVER BEGINS TO BE MOVED OVER CHORNOBYL NPP 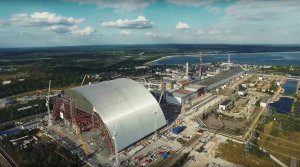 The process of installing an arc, which will cover radioactive waste, which has amassed after the Chornobyl NPP disaster in 1986, has begun, the statement said.

The Chornobyl NPP’s NSC is the largest moveable land-based structure ever built with a length of 165 meters, a height of 110 meters, and a weight of more than 36,200 tonnes. At this point, this structure is being moved into the operational position over Chornobyl NPP’s fourth power unit, which had been destroyed in the disaster 30 years ago.

The NSC is being placed by means of a special system, which comprises 224 hydraulic jacks and enables to move the arc by 60 centimeters per one cycle. It is planned that the entire process will take up to four days with the overall time of non-stop movement of roughly 33 hours.

The arc has been built in the clean zone near the Chornobyl NPP’s fourth power unit and is to be moved 327 meters to the operational position over this power unit. The NSC installment will make the Chornobyl NPP ground safe and will allow removing the current outdating cover, as well as the operations involving radioactive waste inside this structure.

As reported, Novarka Company, which had built the NSC, is a consortium of French construction companies Bouygues and Vinci. The construction began in 2012 after large-scale preparation at the site. Due to its large dimensions, the NSC had to be built in two parts, which had been lifted and successfully connected with each other in 2015. A crane has been placed inside the NSC arc to dismantle the current old sarcophagus and the remnants of the fourth power unit. The NSC has a design service life of 100 years and cost EUR1.5 billion.

“The World Bank’s project is intended to fight cardiovascular diseases. New ambulance stations to prevent and treat them will be opened. Modern emergency care and diagnostics departments will be created. The World Bank provided $40 million for this,” Reznychenko told reporters.

Reznychenko said that first national tenders to reconstruct the institutions have been announced. He expressed hope that the tenders will be finished early next year. It is planned to start creating first ambulance stations in spring 2017.

“We also plan to open new emergency care and diagnostics departments in three hospitals in Dnipro, Kryvy Rih and Pavlohrad using the World Bank’s funds. Then there would not be a need to send serious patients to the regional center, as they could be treated in the region,” he said, adding that works to create these departments will start in 2017. 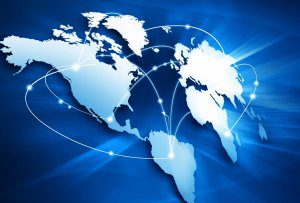 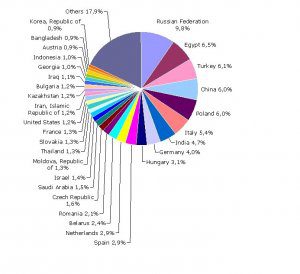 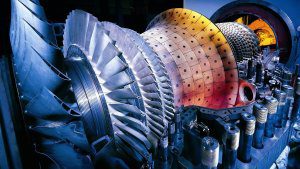 The press service said that the energy equipment will be delivered jointly with gas pumping units made by Sumy Machine-Building Science and Production Association (Sumy NPO). Sumy NPO is the author of the comprehensive solution to modernize the compressor stations. It won tenders held by Ukrtransgaz in November 2016.

The cost of Zorya-Mashproekt’s equipment of the total cost of the project is around 30%.

The company today exports over 95% of its products.

“Demand on the domestic market is important for the company. The enterprise’s team hopes for further cooperation with Ukrtransgaz under the GTS modernization program,” the press service said.

Zorya-Mashproekt (Mykolaiv) is a member of the Ukroboronprom Concern. 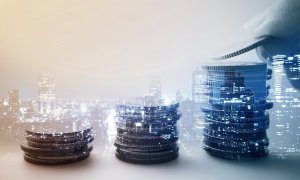 KYIV. Nov 14 (Interfax-Ukraine) – A group of professionals not representing government officials intend to draw up a list of possible investment projects in Ukraine worth $150 billion. The projects could be implemented in Ukraine in coming 15-20 years, former head of the Presidential Administration and Head of the National Investment Council Borys Lozhkin has said.

“There are no [large investment] projects in the country. Ministries and state-run companies even cannot give projects worth $10 billion, while we need $150 billion for next 15 or 20 years. These figures are realistic,” he said at the third Orchestrators of Change Directors forum that took place in Kyiv on November 10.

He said that one of the largest international funds with assets of over $500 billion under management has expressed its readiness to invest $1-3 billion in Ukraine. The fund asked to present projects worth $20 billion to select some. It was found out that the country does not have these projects.

Lozhkin said that he ordered a group of ‘non-government’ people to prepare the list of projects in the sectors, including revised projects proposed by ministries.

He said that the Ukrainian energy sector could spend $50-70 billion of investment in coming 20 years, and infrastructure and agriculture – $30-40 billion each.

MHP Board Chairman Yuriy Kosiuk said that Ukraine today is not ready for large investments, as there is a large risk of losing it. The process should be gradual, he said.

“One cannot help a fool,” he said.

Lozhkin said that one can give $500 million to such businessmen as Kosiuk and President of Galnaftogaz Concern Vitaliy Antonov who also participated in the discussion. However, Kosiuk said that they could suffer from country risks too.