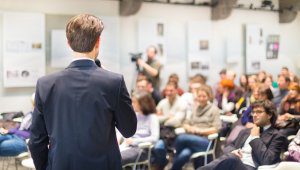 KYIV. June 1 (Interfax-Ukraine) – The 16th International Financial Forum with participation of heads and chief specialists of insurance, reinsurance, brokerage, assistance, auditing, consulting, law and rating companies operating in the insurance sector, heads of the national commission for financial service markers regulation and other public agencies will take place in Odesa on September 14 through September 17, 2016, the Business Strategy Center Perspektiva has said on its website.

Business Strategy Center Perspektiva and the League of Insurance Organizations of Ukraine (LIOU) organize the event.

The main objectives of the forum is to develop integration processes on the international financial market, the consolidation of the financial sector of the market, distribution excellence and achievements of modern management, exchange new ideas and experiences.

A roundtable devoted to the insurers’ assets management and their protection in the conditions of the new tax policy.

Event participants would consider the strategy for developing the Ukrainian financial sector, the state and trends on international financial markets.

The organizers said that representatives of the financial sector from Austria, Belarus, Britain, Latvia, Germany, Poland and the Czech Republic are accredited for the forum: in general, around 150-180 specialists from 14-18 countries.

Organizing Committee accepts proposals for program development and partnership activities during the forum.

The 15th International Financial Forum was held in Odesa on September 16 through September 19, 2015. 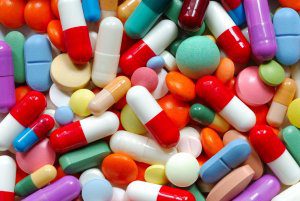 KYIV. June 1 (Interfax-Ukraine) – The GMP compliance procedure needs to be relaxed along with facilitating the imported medicines registration procedure, the European Business Association (EBA) has said.

“Welcoming steps on the way to improving regulations we also ask registration to be accelerated in respect to providing proof of GMP compliance,” the EBA said in a press release.

The association experts said that this document is mandatory for the registration of medicines and it takes a lot of time to get it.

“We hope that this obvious barrier to simplifying registration would be also taken into consideration during the final approval of the bill,” the EBA said.

In general, the EBA positively assesses the final bill on facilitating medicines registration.

The association said that according to the document, only those medicines permitted in all 28 EU states can be imported to the Ukrainian market. 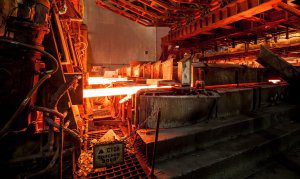 KYIV. May 31 (Interfax-Ukraine) – Ukrainian Prime Minister Volodymyr Groysman after visiting Mariupol Illich Steel Works (Donetsk region), part of Metinvest Group, and talking to management has ordered that ministries and agencies discuss the problems the mining and metal companies and hold a special meeting.

Metinvest said in a press release that the Prime Minister attended the sinter plant reconstruction site – the largest environmental project in the history of independent Ukraine (at the end of five years of the project the total investment will comprise $220 million).

In the course of the meeting the group’s and enterprise management drew attention of the prime minister to the infrastructure problems encountered by the iron and steel works in Mariupol: Mariupol Illich Steel Works and Azovstal. The discussion touched upon the possibility to increase the throughput capacity of Polohy–Kamysh-Zoria–Volnovakha railway section, which would facilitate an increase the volumes of raw materials supply to Mariupol and finished goods shipments from Mariupol significantly.

The steel makers also mentioned the need to deepen the waters of Mariupol seaport to open the possibility to receive large vessels.

During his visit to Mariupol Illich Steel Works, Groysman instructed the Economic Development and Trade Ministry to arrange an ad hoc meeting involving the executives of the Infrastructure Ministry and Ukrzaliznytsia, as well as other ministries and departments in order to discuss the state policy in the field of support to the mining and metals sector.

Groysman noted that there was also the issue of rising railway tariffs by Ukrzaliznytsia.

“I want us to sit at a round table and clearly discuss the problems to be resolved in order to expand the product range and export capabilities, rather than the decline production. Exports for us are of utmost importance,” he said.

He said that the development of domestic infrastructure projects could stimulate related industries, including metallurgy. In this regard, he noted the importance of Metinvest Group’s investments in modernization of the production facilities, adding that the metallurgy was an industry, the development of which was absolutely necessary. Groysman also promised to render assistance by the government in terms of strengthening competitive ability of the Ukrainian companies with export potential.

“The modernization program at the enterprise gives us confidence that the environmental situation in Mariupol will start improving already in 2017. Within five years, the emissions to the atmosphere will meet EU standards. This development should be welcomed. I would like Ukraine to switch from raw materials-based economy to high added-value economy. During our visit to Mariupol, we saw, where the national produced (wealth) is being created. We will do everything possible to stimulate business, so it attracts investments for the construction of new capacities and national wealth,” Groysman said.

Chief Executive Officer of Metinvest Group Yuriy Ryzhenkov said that despite challenges the group continues investing in development of its production facilities.

“During 10 years, the company has invested $5.5 billion in production. We intend to continue the modernization emphasizing environmental safety. The support from the government is crucial. Without the government’s assistance in the area of fair pricing policies for state monopolies and resolving infrastructure problems, steel producers will have extremely hard time competing in international markets and developing their production facilities,” he said.

Metinvest Group is a vertically integrated group of steel and mining companies that manages every link of the value chain, from mining and processing iron ore and coal to making and selling semi-finished and finished steel products. It comprises steel and mining production facilities located in Ukraine, Europe and the US, as well as a sales network covering all key global markets. 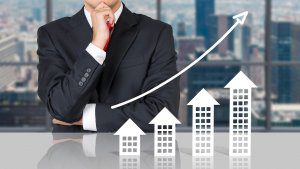 KYIV. May 31 (Interfax-Ukraine) – Horizon Capital intends to launch private equity fund Emerging Europe Growth Fund III, L.P. with a capital of $150 million, according to a newsletter from the fund.

According to the document, the fund will focus on small but fast-growing export-oriented companies in Ukraine and Moldova. The fund will invest primarily through the purchase of minority stakes in such companies. At the same time, if necessary, provision of start-up capital, a full redemption of companies or participation in privatization is possible.

One of the investors in the fund may become Overseas Private Investment Corporation (OPIC, the United States). The OPIC board of directors will consider the issue of providing the fund with $37.5 million for ten years on June 9, 2016.

The money of these funds is invested in projects in Ukraine, Moldova, and Belarus. 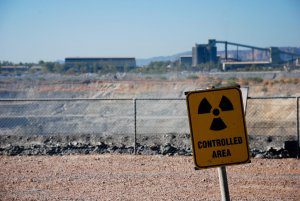 As reported, in July 2015 Nuclear Fuel and China Nuclear Energy Industry Corporation (CNEIC) signed a memorandum on cooperation in the field of a nuclear fuel cycle. 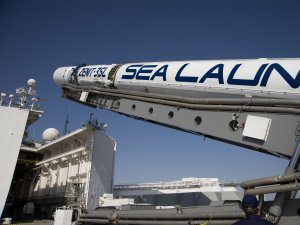 KYIV. May 31 (Interfax-Ukraine) – Ukraine seeks to hold negotiations on cooperation with U.S. Boeing Corporation under the Sea Launch program in the course of the first launch of the Antares launch vehicle after its modernization scheduled for July from the Wallops Flight Facility (Virginia, the United States), Head of the State Space Agency of Ukraine (SSAU) Liubomyr Sabadosh has said.

Commenting on the results of his working visit to the United States on May 23-27, he said at a press conference in Kyiv that he failed to meet with Boeing representatives, but he received a signal that the negotiations on Sea Launch would be organized in July.

Sabadosh said that Boeing has not yet formed the final position for the project.

“I know that the interest of investors to continue the project exists. Negotiations are underway,” he said, adding that representatives of investors visited Ukraine and Pivdenmash (Dnipropetrovsk) to discuss the possibility of making Zenit launch vehicle under the Sea Launch project in Ukraine.

The U.S. District Court for the Central District of California in September 2015 satisfied a claim filed by Boeing against RSC Energia of Russia and Pivdenne Design Bureau, saying the partners breached their contract obligations by not reimbursing Boeing for Sea Launch expenses.

The shareholders of the Sea Launch consortium, which was created in 1995 to carry out commercial satellite launch from the sea launch site in the Pacific Ocean, were Boeing with 40%, RSC Energia with 25%, Ukrainian-based Pivdenne Design Bureau and state-run enterprise Pivdenmash with a combined share of 15% and the Anglo-Norwegian Engineering and Construction Кvaerner Group with 20%.

After reorganization in 2010, a total of 95% of shares are now owned by Energia Overseas Limited (EOL), a ‘granddaughter’ of RSC Energia, while a 3% stake belongs to U.S. Boeing, 2% to Norwegian Aker Solutions. The headquarters of Sea Launch AG are in Nyon (Switzerland).