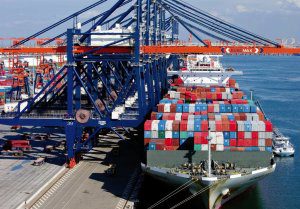 KYIV. April 24 (Interfax-Ukraine) – The Infrastructure Ministry of Ukraine has drawn up proposals on developing infrastructure at Ukrainian ports.

The press service of the ministry reported that among the proposals are promising projects on r existing and construction of new facilities and the development of port-side areas at Illichivsk, Izmail, Mariupol, Kherson, Odesa, Berdiansk, Bilhorod-Dnistrovsky, Mykolaiv ports and other seaports. The projects foresee public private partnership.

“We want to attract investors to develop the port infrastructure of the country. We’re working on the creation of effective conditions for the realization of investment projects. The seaports of Ukraine have a powerful competitive potential among Black Sea region countries and we could even increase it, improving infrastructure. We met several potential investors, visited ports and showed existing abilities,” reads the report, citing Deputy Minister Yuriy Vaskov.

The ministry said that the project to develop infrastructure at Odesa seaport foresees the building of a yacht complex along Androsivsky pier. Investment totals around UAH 152 million.

The project foresees the reconstruction of the handling complex near berth seven and berth eight. The annual complex’s capacity is 1.5 million tonnes. Investment totals some UAH 200 million.

It is planned to reconstruct a handling complex near berth 10 and berth 12 with the possible construction of a grain handling complex with an annual capacity of 2.5 million tonnes. The investment amounts to near UAH 282.5 million.

The project foresees the reconstruction of a handling complex on the base of berth 14 for general cargo with an annual capacity of up to 1-1.5 million tonnes. Investment totals around UAH 300 million.

The Ukraine shipyard will be also optimized and developed. Investment amounts to some UAH 1.2 billion.

The project will be financed using investors’ funds. 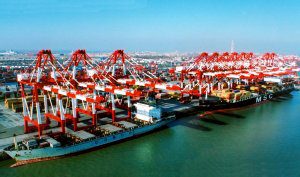 According to a post on the website of Cherkasy District Administration, a memorandum on the realization of the investment project worth up to EUR 20 million was signed by the district administration and Semtek LLC, part of ByFrederic Group.

“Now, technical documents are being prepared. It would take two or three years to build the port,” the marketing department director at ByFrederic Serhiy Silin told Interfax-Ukraine.

He said that the project foresees the construction of a terminal. An elevator with a storage capacity of 60,000 tonnes of agricultural products will be built at the port, and a railway line passes through the site. Also, the company will lease river transportation to ship cargo.

ByFrederic is an international agricultural enterprise specialized in seeds sales (maize, sunflower, rape, soybeans, etc.) as well as sales and services of agricultural equipment. Currently, the group of companies consists of seven representative offices: two of them are in Ukraine (Shpola, Cherkasy region and Kyiv), five of them are in Russia (Moscow, Saratov, Rostov, Krasnodar and Pavlovskaya), and the group also works in Belarus, Georgia and Kazakhstan.

The founder of the group is French citizen Frederic Chavigny. 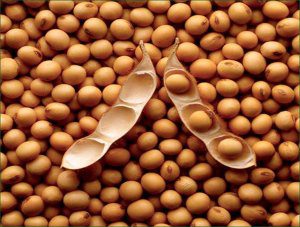 KYIV. April 24 (Interfax-Ukraine) – Ukraine has great potential of entering the European genetically modified-free soybean market, demand on which is stably growing in the EU, President of Donau Soja Matthias Krön said at a press conference held at Interfax-Ukraine.

“Today Europe imports 5 million tonnes of GM-free soybeans. A small share of it arrives from Ukraine. My vision is that in the future Ukraine could provide for 30-50% of these soybeans. Of course, there are many challenges. The issues with transportation and possibilities of processing soybeans should be settled. Of course, this will not happen today, but in next five or six years,” he said, adding that at present Ukraine is a large soybean producer in Europe.

Business Development Director in Ukraine at Probstdorfer Saatzucht Ges.mbH & CoKG, a member of Donau Soja, Felix Gohn, said that over the past several years Ukraine has increased the number of soybean fields from 1.4 million hectares to 2 million hectares and the country should define in what market segment it should develop. He said that the premium segment with higher added value holds prospects.

Svarog West Group Board Chairman Andriy Hordiychuk said that GM-free soybeans could cost $20-120 per tonne more on the global market than GM soybeans. The share of GM-free soybean production in Ukraine is 30 to 70%, according to various data, despite the fact that Ukrainian law bans the planting of GM soybeans.

Hordiychuk said that Svarog West Group recently entered Donau Soja and plans to promote its products to the European market.

“In 2015 we start a project with Donau Soja on the certification of our fields – these are around 10,000 hectares of soybeans which will be in line with additional quality requirements. These are procedures of additional control of production process,” he said.

Hordiychuk said that in summer 2015 the company plans to start building a soybean processing plant to supply high-protein cake to the EU market. The target for 2015/16 agricultural year is at least 140,000-150,000 tonnes of products with the label “GM-free produce from Ukraine.” 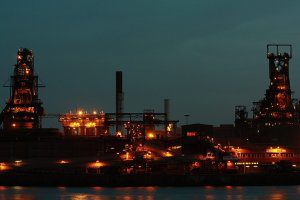 KYIV. April 24 (Interfax-Ukraine) – ArcelorMittal Kryvyi Rih (Dnipropetrovsk region) has confirmed its plans to invest $1.2 billion in the company’s development in 2014-2019.

ArcelorMittal Kryvyi Rih CEO Paramjit Kahlon said at a press conference held at Interfax-Ukraine in Kyiv said that at present the company focuses on quickly-realized projects allowing it to cut the cash cost of metal products.

“The top-priority projects for us are those projects which could be realized quickly and should influence the cash cost of products, the measures that we could take to cut dependability on natural gas and expensive coke,” he said.

He said that plans on large investment projects have been retained.

“As for investment projects, we plan to build at least three continuous steel slab casting plants,” he said.

Kahlon said that the company pays special attention to reducing natural gas consumption, and that a PCI (pulverized coal injection) plant is currently being built.

“As for PCI – in December 2015 we plan to finish the building of the first PCI plant at the largest blast furnace nine. In general, after the launch of the whole PCI complex natural gas consumption will fall by 60-65% – from the current daily volume of 2 million cubic meters to 500,000 cubic meters in the future. This will allow for increasing competitiveness,” Kahlon said.

He said that there is a lack of skilled contractors and specialists in Ukraine, which could affect the terms of commissioning of the plants.

Kahlon said that the company is permanently investing in the upgrade of production facilities and it is a socially responsible company.

“We took responsibility of providing stability of work of our employees. We would like it [to be so] that they do not have the prospect of losing [their] jobs. We’re a responsible business which continues investing in Ukraine,” he said. 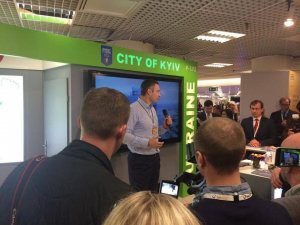 “In total, it’s about $1 billion. Until now, we have unfortunately managed to realize only UAH 1 billion,” he told reporters at the presentation of a KIA project in Kyiv on Wednesday.

According to Boiko, there are about 70 investment projects in total that are being prepared, and 10 of them will be demonstrated to investors.

“The key direction of the projects is re-development, i.e. revamping those municipally owned plots that are nowadays used inefficiently,” he explained.

He said that the investment projects also include the use of industrial sites of Kyiv-based enterprises that are standing idle. 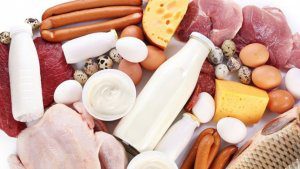 KYIV. April 23 (Interfax-Ukraine) – Ukraine exported 69,000 tonnes of milk and dairy foods in January through March 2015, with an annual export potential projected at 300,000 tonnes, the interagency ad hoc group under the Ukrainian Economic Development and Trade Ministry has said.

In particular, 47,000 tonnes of milk and diary products were supplied to the Crimea free economic zone, while annual supplies are projected at 240,000 tonnes, the group said.

From January through March Ukraine imported 31,000 tonnes of meat with an annual forecast of 169,000 tonnes.