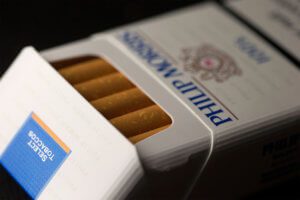 Philip Morris Ukraine, one of the largest tobacco producers in Ukraine, in February 2018 started shipments of Kharkiv Tobacco Factory’s products to Hong Kong.
“Now the Philip Morris Ukraine products made at the tobacco factory in Kharkiv region are sold in 13 countries, including Japan, Georgia, Armenia, Moldova, Albania, Saudi Arabia and other countries of the Persian Gulf. Since February 2018, we have been manufacturing products for the duty free zone in Hong Kong, having started with one SKU [stock keeping unit] – Virginia,” Philip Morris Ukraine Director for Corporate Affairs in Ukraine, Georgia, Armenia and Moldova Nataliya Bondarenko said at the third Kharkiv Investment Forum.
According to her, more than 40% of the company’s cigarettes are exported.
“Philip Morris Ukraine’s tobacco factory produces not only cigarettes, but also shredded tobacco, filters for other factories in Eastern Europe, the Middle East, Africa and the European Union for export,” Bondarenko said.
Over $117 million has been invested in the construction and modernization of the factory, she said. At present, the production facility located on 32 hectares has a full production cycle and its design capacity exceeds 30 billion cigarettes a year.
“With the assistance of the government and the creation of the necessary conditions for business development, we can produce 20-30% more, developing at the international level as an export hub. Philip Morris Ukraine has temporarily suspended the development of export capacities in connection with a trial related to UAH 635 million,” she said.
Court proceedings were launched in May 2016 after the company’s tax dispute with the State Fiscal Service of Ukraine, which accuses the company of violations in imports of raw materials and exports of cigarettes, as well as of the illegal use of the Marlboro trademark. 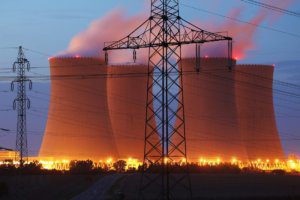