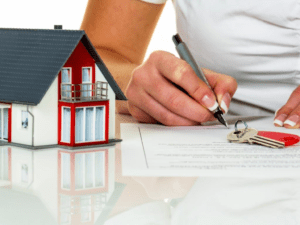 INVESTMENT PROMOTION OFFICE RECEIVES 23 REQUESTS FROM POTENTIAL INVESTORS FOR A TOTAL OF $1.35 BLN 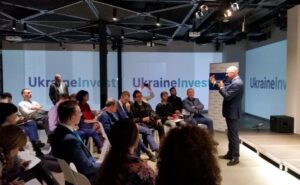 The Investment Promotion Office (UkraineInvest) has received 23 requests from potential investors for a total of $1.35 billion within the framework of the adopted law on “investment nannies,” UkraineInvest Executive Director Serhiy Tsivkach told Interfax-Ukraine on the sidelines of Hyperloop 3.0 organized by the Biosphere Corporation in Lviv.
“As of today, we have 23 projects. The 24th is being confirmed. The total amount is $1.35 billion. I think that after this event, the pipeline will increase by another 500 million,” Tsivkach said.
According to him, now UkraineInvest employs about 14 people in this direction. “Some of them work directly with investors, some do their homework. We try to ensure that one manager has 7-10 projects,” the head of UkraineInvest said.
He said that the government has already adopted four by-laws necessary for the launch of the investment nannies mechanism in practice.
“We are still expecting three acts: on keeping the register of projects, requirements for feasibility studies and methodology for calculating the amount of state aid. I think that within a month, God forbid, we will be able to process the first applications and submit them to the Ministry of Economy,” Tsivkach said. 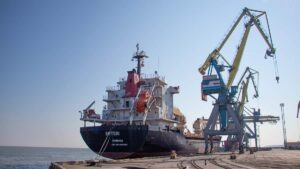 It is necessary to invest up to UAH 17 billion in the ports of Ukraine until 2027, Oleksandr Holodnytsky, the acting head of the Ukrainian Sea Ports Authority (USPA), has said.
“Some UAH 17 billion is an assessment of the portfolio until 2027. It foresees development plans, as well as what business wants and sees the USPA as a necessary component for maintenance and development,” he said at the Infrastructure of the South of Ukraine forum.
Holodnytsky, in particular, clarified that the money is needed for the construction of the utility network – UAH 400 million, road and railway tracks, as well as overpasses – UAH 1.9 billion, berths – UAH 11.6 billion, dredging – UAH 2.5 billion, as well as the fleet – UAH 600 million. 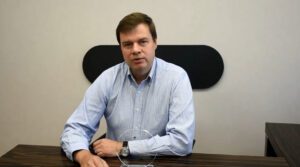 Smart Energy plans to invest $ 400 million in hydrocarbon production by 2031, CEO of the group of companies Serhiy Hlazunov has told reporters, presenting the results of ten years of activity in the market.
According to him, the total volume of Smart Energy investments in production for 2011-2020 amounted to UAH 3.5 billion, in particular, in 2019 – UAH 687 million, in 2020 – UAH 541 million.
The total amount of taxes paid for this period exceeded UAH 7.6 billion, in particular, in 2019 – UAH 1.291 billion, in 2020 – UAH 947 million.
Hlazunov said that in the next ten years, the group plans to drill over 30 new wells, while in the previous ten years, 13 wells were drilled. The existing Smart Energy park currently consists of 29 wells.
As reported, Smart Energy in 2020 increased natural gas production by 8.6% (by 31.8 million cubic meters) compared to 2019, to 400.6 million cubic meters, gas condensate – by 4.8% (by 1,600 tonnes), to 34,700 tonnes, and production of liquefied propane-butane – by 9.5% (by 800 tonnes), to 9,200 tonnes.
Smart Energy is a management company, part of Vadim Novinsky’s Smart-Holding Group, which implements projects in the field of hydrocarbon production and alternative energy. The group’s oil and gas business is represented in Poltava and Kharkiv regions by PrJSC Ukrgazvydobutok, the British public company Enwell Energy with assets in Poltava region, Prom-Energo Product LLC and Arkona Gas-Energy LLC. 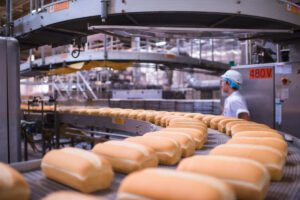 Investments in the construction of a bakery of the international bakery holding company Grupo Bimbo in Kyiv region will amount to nearly $30 million, General Manager of Bimbo QSR Ukraine Ihor Mariash has said.
“Now, our enterprise is located in Dnipro, but we feel that Ukraine is developing and we do not have enough capacity. Therefore, our management has an initiative to build a new bakery in Kyiv region. This will create an opportunity to create 200-300 jobs. Total investment about $30 million is planned,” Mariash said during a roundtable entitled “Investment Law: Projects for First Billion” held on Friday.
According to him, it is planned to build lines for the production of buns, as well as tortilla and toast bread, which are currently not produced in Ukraine.
As Head of the International Relations and Communications Department of UkraineInvest Investment Promotion Office Olena Gitlianska said earlier, the investment company is helping a Mexican investor in finding a site for the construction of a plant in Fastiv.
According to the data of the unified public register of legal entities and private entrepreneurs, Bimbo QSR Ukraine was registered in 2000 by Dutch Bimbo QSR B. V in Dnipro with a charter capital of UAH 297 thousand.
According to the Grupo Bimbo website, it is represented in 33 countries, has 196 factories and a network of 3 million points of sale worldwide. The bakery holding produces about 13,000 names of products under more than 100 brands.

FARMAK INCREASES CAPITAL INVESTMENTS BY 78% IN 2020 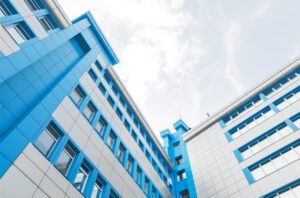 The pharmaceutical company Farmak increased capital investments by 78% in 2020 compared to 2019, to UAH 1.3 billion.
According to the company’s press release, the main investment projects last year are the launch of a new workshop for the production of sterile drugs and the start of construction of an R&D center, which will develop modern complex component drugs.
Farmak’s research and development expenditures in 2020 amounted to UAH 448 million.
In addition, the company’s funds were used to modernize and equip existing sites, bring production facilities in line with FDA (U.S. Food and Drug Administration) requirements, energy saving projects, develop a laboratory complex, and implement IT projects to automate business processes.
The company also said that in 2020 Farmak paid UAH 712.1 million in taxes, and the number of employees for the specified reporting period increased to 2,761 people.
Farmak is the leader of the Ukrainian pharmaceutical market, produces medicines in all 14 therapeutic groups. Annually, the company introduces to the market about 20 new complex component modern drugs. Currently, there are about 100 drugs in development. The company exports products to more than 25 countries around the world.
Over the past five years, Farmak’s investments in the scientific and technical complex, production equipment, and research activities amounted to UAH 3.4 billion.
JSC Farmak is a member of the Association of Manufacturers of Medications of Ukraine (AMMU).