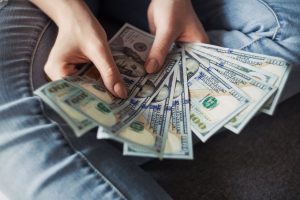 Ukraine’s Foreign Minister Dmytro Kuleba and Minister of Foreign Affairs and International Cooperation of the United Arab Emirates Sheikh Abdullah bin Zayed Al Nahyan during a telephone conversation agreed to start work on common investment projects, the Foreign Ministry reports.
“We should focus on the implementation of investment projects with Ukraine in priority areas. We will work on a synergy of opportunities between Ukraine and the UAE to strengthen global food security,” the Foreign Ministry press service said citing Kuleba.
Kuleba, according to the agreements of the leaders of Ukraine and the UAE, reached during the telephone conversation on April 13, noted his readiness to intensify cooperation in investment, trade and economic spheres between Ukraine and the UAE.
Kuleba thanked the UAE for the humanitarian aid provided, as well as for helping bring back more than 3,000 Ukrainian citizens from the UAE and in transit from other regions of the world.
“We are deeply grateful to the UAE for humanitarian assistance, which is extremely important for Ukrainian doctors in the context of the fight against coronavirus. The UAE demonstrates partnership and true friendship,” the minister emphasized.
The foreign minister invited his colleague to visit Ukraine. 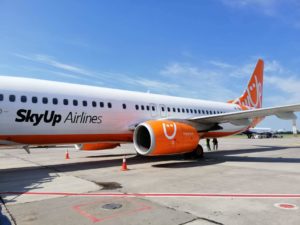 SkyUp Airlines suspends its flights to the United Arab Emirates from February 1, 2020 due to the closure of the airspace over Iran and Iraq.
“From February 1, 2020, SkyUp Airlines suspends its regular flights to Sharjah (UAE) from Zaporizhia, Lviv and Kharkiv. This is connected with the prolongation of the ban on flights in the airspace over the Islamic Republic of Iran and the Republic of Iraq, which was introduced by the State Aviation Administration of Ukraine from January 9, 2020,” the company said on Friday.
SkyUp also said that bypassing of the territories of Iran and Iraq increases the duration of the flights and makes it necessary to make a stop to refuel the plane. 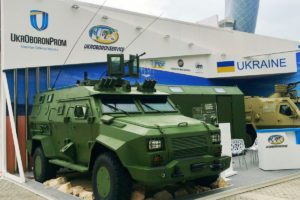 Ukraine and the United Arab Emirates (UAE) are preparing for boosting defense cooperation in the sphere of joint production of new samples of weapons and equipment, including unmanned aerial vehicles (UAVs) based on developments of Antonov State Enterprise (Kyiv).
The press service of the Ukroboronprom state concern reported that the potential of the bilateral military and technical cooperation between Kyiv and Abu Dhabi was the subject of negotiations held during Le Bourget 2019 International Paris Air Show by Head of the state concern Pavlo Bukin and UAE Assistant Undersecretary for Support Services Abdulla Al Hashmi.
Bukin said that among the promising defense cooperation projects considered by the parties are the establishment of joint production of UAVs based on the developments of the Antonov State Enterprise.
As the head of Ukroboronprom said, the reliable Antonov aircraft, capable of working in extreme climatic conditions, fully meets the needs of the military and rescuers, and it is in steady demand in the market, which was confirmed during the negotiations held during Le Bourget 2019.
“Today, the most promising market for us is the countries of the Middle East and Southeast Asia,” he said, adding: “We expect that in the near future Antonov’s products will occupy a significant part of the market in these regions.”
According to the report, during the talks, the parties discussed a wide range of cooperation, including logistics support for the needs of the UAE Ground Forces.