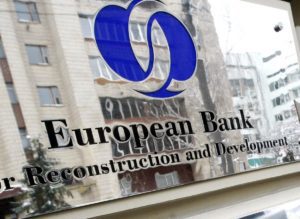 The European Investment Bank (EIB) has launched a EUR 400 million project to provide long-term financing for small and medium enterprises in the agricultural sector of Ukraine. “The EIB loan will be made available through financial intermediaries to private and public sector final beneficiaries, and is further supported by the EU and the United Kingdom through a combined grant amount of EUR 5.5 million for technical assistance services,” the bank said in a press release.
“The EIB funds will provide long-term finance to support productive investments by SMEs and mid-caps, as well as public service providers, along the entire value chain. Potential beneficiaries, therefore, include input suppliers, farmers, processors, and storage and logistics operators, as well as testing laboratories, research and education institutions and extension services that contribute to the functioning of the target value chains,” the report says.
“The cereals, oil seeds and aquaculture/fisheries value chains are being targeted by the program, as they have been identified as being best placed to satisfy domestic demand for quality produce and to increase the competitiveness of the sector and its exports to the EU and global markets,” according to the document.
The EIB announced the start of cooperation with Ukraine on the project for EUR 400 million in 2015. Since that time, a series of negotiations took place to determine the structure, technical executives, and the model for providing financing.

ALL TERRITORY OF UKRAINE WILL BE DIGITALIZED NEXT YEAR 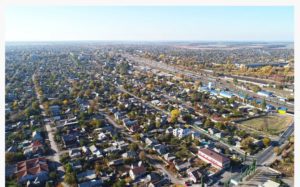 The State Service of Ukraine for Geodesy, Cartography and Cadastre has announced a tender to carry out aerial mapping of the territory of Ukraine, as well as to create orthophotomaps and a digital terrain model (DTM), Ukrainian Prime Minister Oleksiy Honcharuk has said. “Ukraine will have high-quality and accurate 3D models of forests, industrial structures, as well as classifications of buildings, plants, power lines and much more. Investors will be able to easily design facilities and invest in infrastructure,” the government’s press service reported, citing Honcharuk as saying. According to the report, the total cost of the work is UAH 276 million. The deadline is until December 2020.
In addition, in preparation for land reform, the State Service for Geodesy, Cartography and Cadastre is actively filling out a database. So, in three months, six new information layers appeared on the public cadastral map. Now information on 20.9 million land plots (total area of 43.8 million hectares) has been entered.
Among other things, the authority began using satellite-based land monitoring data in test mode, and in just a week completed 755 public control measures over the use and protection of land.
It is reported that according to the results, 301 violations of land legislation with a volume of damage of more than UAH 1 million were revealed, of which UAH 691,720 were voluntarily repaid. 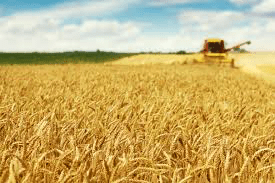 VOLUME OF FOREIGN DIRECT INVESTMENT IN UKRAINE IS $1.82 BLN IN 2019 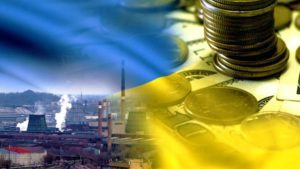 The volume of foreign direct investment (FDI) in Ukraine in the form of share capital as of October 1, 2019 amounted to $34.73 billion, which is $1.82 billion, or 5.5% more than at the beginning of the year, the State Statistics Service has said. According to its data, investment income for the first half of the year amounted to $1.67 billion, withdrawal some $980,000, but most of the increase was provided by the exchange rate difference due to the strengthening of the hryvnia at $1.14 billion.
As reported, in the first quarter of 2019, FDI in Ukraine increased by $45.5 million. Their revenues amounted to $590 million, withdrawal some $500 million, and the contribution of the exchange rate difference amounted to $60 million.
In the first half of the year, FDI growth amounted to $840 million: investment inflow to $1.26 billion, withdrawal to $730 million with a foreign exchange contribution of $520 million.
According to the State Statistics Service, the largest increase in FDI in January-September 2019 was recorded from Cyprus with $761.1 million (up to $10.3 billion), the Netherlands with $438.3 million (up to $7.56 billion), the Russian Federation with $220.1 million (up to $820 million), and Switzerland some $133.3 million (up to $1.68 billion).
At the same time, there was a sharp decrease in investments from Hungary by $197.8 million (to $370 million) and the UK by $92.7 million (to $2.04 billion).
By industry, the largest increase in foreign investments was recorded in financial and insurance activities with $828.6 million, mining and processing industries with $266.4 million and $235.4 million, real estate operations with $225.8 million, professional, scientific and technical operations with $161.8 million, as well as in wholesale and retail trade with $146.9 million.
At the same time, in the area of administrative and support services such investments decreased by $248 million. 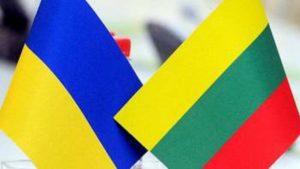 Ukraine and Lithuania signed several documents, including a declaration on strategic partnership development for 2020-2024, following a session of the Council of Presidents of Ukraine and Lithuania chaired by Volodymyr Zelensky and Gitanas Nauseda. “This is a joint declaration on the development of strategic partnership between Ukraine and the Republic of Lithuania, which contains the priorities of the bilateral dialogue for 2020-2024. Therefore, we can confidently say that the partnership between Ukraine and the Republic of Lithuania will be even stronger,” Zelensky said at a meeting with the media on November 27.
The declaration will become a kind of road map for the development of Ukrainian-Lithuanian relations at the level of strategic partnership. Its provisions will form the basis of possible further steps by the countries in the context of cooperation on a range of issues of bilateral, regional and international agenda, reads a statement on the presidential website.
The joint statement also envisages a series of joint actions by Ukraine and Lithuania in international and regional security, European and Euro-Atlantic integration, economy, social policy, trade and investment development, scientific cooperation, cooperation in cultural and humanitarian fields.
Deputy Head of the Office of the President of Ukraine Ihor Zhovkva and Chief Foreign Policy Advisor to the President of the Republic of Lithuania Asta Skaisgiryte signed the Protocol of the Twelfth Session of the Council of Presidents of Ukraine and the Republic of Lithuania, which reflects the main agreements reached during this event.
The Protocol also strongly condemns Russia’s aggression against Ukraine, including the temporary illegal occupation of Crimea and parts of Ukraine’s sovereign territory in the Donetsk and Luhansk regions. The document also notes the active cooperation of the two countries and the strong support for Ukraine’s European and Euro-Atlantic aspirations aimed to gain full membership in the EU and NATO.
Deputy Prime Minister, Digital Transformation Minister of Ukraine Mykhailo Fedorov and Energy Minister of the Republic of Lithuania Zygimantas Vaiciunas signed a Declaration of Intent for Mutual Recognition of Electronic Identification and Trust Services for Electronic Transactions between the Ministry of Digital Transformation of Ukraine and the Ministry of Economy and Innovation of Lithuania. Among other things, the document contains an agreement on the parties’ intention to unite efforts to remove existing barriers to the cross-border use of trust services and cross-border e-contracts, e-bills and other similar solutions.
In addition, Defense Minister of Ukraine Andriy Zahorodniuk and Minister of National Defense of Lithuania Raimundas Karoblis signed a Declaration of Intent for Cooperation in Cyber Security between the Ministry of Defense of Ukraine and the Ministry of National Defense of Lithuania. The document provides for a series of measures aimed at developing cooperation in order to ensure appropriate response in the event of large-scale national or international cyber incidents. The parties also expressed their intention to establish common points of single contact for the exchange of information on cyber threats and attacks, and to develop a joint training plan. 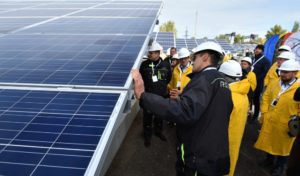