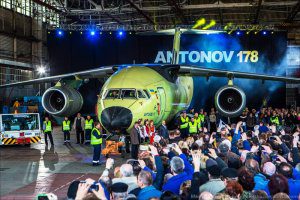 KYIV. May 7 (Interfax-Ukraine) – Kyiv-based aircraft designer and manufacturer Antonov enterprise will manufacture and supply 10 new An-178 transport aircraft with a capacity of up to 18 tonnes under a contract with Azerbaijan’s Silk Way Airlines.

The contract was signed by the sides in the framework of the maiden flight of the An-178 aircraft in Kyiv on Thursday, an Interfax-Ukraine correspondent reported.

Delivery dates and details of the contract are not disclosed at the customer’s request.

The new An-178 aircraft is created to replace An-12 planes and is designed for the effective fulfillment of its tasks as a transport aircraft, including logistics and transportation of equipment.

One of its major advantages is the capability of transporting the entire line of packaged goods, including large-sized sea freight containers.

About 200 companies from 14 countries are engaged in the An-178 industrial cooperation program. 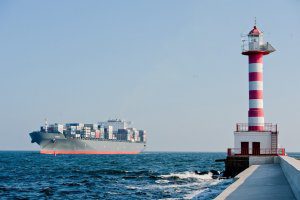 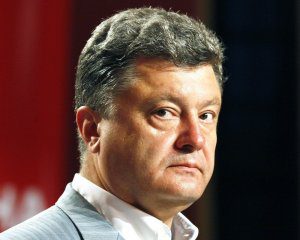 KYIV. May 7 (Interfax-Ukraine) – Ukrainian President Petro Poroshenko at a meeting with Minister for Foreign Affairs and Law of Singapore Kasiviswanathan Shanmugam discussed international security and expansion of economic cooperation, the press service of the Ukrainian president has reported.

The press service said that the Singaporean minister said that Singapore supports Ukraine’s sovereignty and territorial integrity. He said that his country condemns annexation of Crimea and any attempts of violating sovereignty of other countries.

Poroshenko thanked the minister for support.

“I’m an optimist with support all over the world from different countries among this is Singapore. I’m proud of my people who are fighting for peace, freedom and independence of own country,” he said. 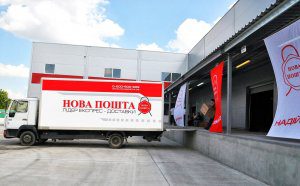 In April 2015, Nova Poshta expanded the automated parcel terminal chain by over five times – by 257 points, to 317. 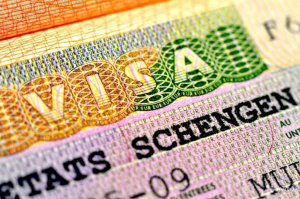 KYIV. May 7 (Interfax-Ukraine) – Ukrainian President Petro Poroshenko met with Prime Minister of Moldova Chiril Gaburici on Wednesday. The parties discussed relevant issues of bilateral relations and experience in cooperation with the EU, the press service of Ukrainian President has reported.

“The President noted the importance of strong and politically stable Moldova for Ukraine. Ukraine is interested in coordinating actions on the European integration and the exchange of experience on the introduction of the visa-free regime,” the press service reported.

According to the President, it is important to fully use benefits of the European integration and reduce risks. “Coordination of actions and efficient mutual support is an important factor,” the Head of State emphasized.

The President said that Ukraine supported Moldova and highly appreciated common projects on economic development, financial stability and benefits of the European integration.

In turn, Chiril Gaburici noted: “Given that the situation in the world is changing rapidly today, it is important to stick together and help one another.” According to him, there are a lot of economic issues in which the two countries can cooperate and achieve progress.

The Moldovan Prime Minister also expressed interest in Ukraine’s experience of reforms. “We are willing to implement reforms and fight corruption. You already have such an experience,” Gaburici said.

The EU has already introduced a visa-free regime for Moldova. Ukraine expects a corresponding decision from the EU at the Eastern Partnership summit in Riga at the end of May. 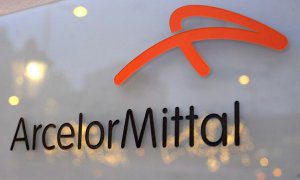