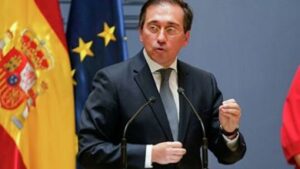 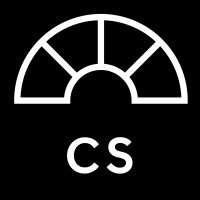 Creative States office solutions service company plans to open new locations in Kyiv, Dnipro and Kharkiv in 2022, doubling the total area of office space to 30,000 sq m, the press service of the company told the Interfax-Ukraine agency.
“We continue to scale Creative States in Ukraine. Five locations, more than 15,000 sq m and 2,500 residents. We are ready to “double” because we see from the response of tenants that the format of flexible offices, service support and access to the community remains the most in demand on today,” Creative States CEO and founder Ilia Kenigshtein said.
The first of the openings of 2022 was the finalized second building of Arsenal with a total area of more than 2,500 square meters, designed for 500 residents.
The company recalled that in October 2021, the first floor of the facility was launched with the format of business studios designed for teams of up to 15 people and with a separate entrance to them from the internal Mardi Gras square. In January, the rest of the office infrastructure was launched: fixed offices (32), a hot-desk zone, meeting rooms (8) and skype rooms (12), business suites (6) and executive suites for teams. In addition, in the second Arsenal residents have access to a special noir room for relaxation with ambient music, completely isolated from extraneous noise. There are also common areas: an enlarged kitchen with appliances and services of a chef, bathrooms with showers, a children’s room, a lounge with a bar, and a two-level parking lot.
The total footage of the entire Creative States office complex at Arsenal has reached 10,000 square meters, including two separate architectural objects and the internal Mardi Gras square. This is a fully equipped office and lifestyle infrastructure designed for more than 1,200 residents. In the near future, the company plans to continue expanding this facility and increase it by another 300 seats.
Creative States positions itself as a network of premium class flexible workspaces with a full range of operational services. Today, the network includes three locations in the capital: in the Senator business center, the Gulliver business center, Creative States of Arsenal, and Creative State of Dnipro in Dnipro. In May 2021, Creative States presented a franchise aimed at both Ukrainian million-plus cities and the West. 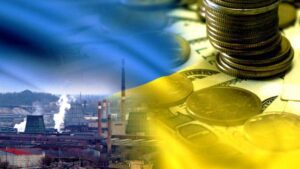 Great Britain, Canada, Sweden, Switzerland and the United States are planning to create a fund at the end of January 2022 to help Ukraine with financing of GBP 35 million over three years.
“We are talking about the creation of an international fund ‘Partnership for a Strong Ukraine.’ This is a common initiative of Great Britain, Canada, the United States, Switzerland and Sweden. The official start of the work of the fund is planned this month. The agreement is to be signed on January 31,” the Ministry for Reintegration of the Temporarily Occupied Territories of Ukraine press service said.
The goal of the fund is to support long-term sustainable development and increase the resilience of the communities affected by Russian aggression, prevent further escalation and prepare for a smooth and unhindered social, economic and political reintegration of the temporarily occupied territories.
According to the statement, the main projects to be implemented in 2022 with the help of the Fund will be: projects on energy efficiency, strengthening and viability of communities. 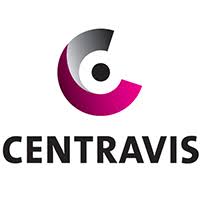 PrJSC Centravis Production Ukraine, part of Centravis Ltd., intends to invest EUR 10 million in the renewal of production and expansion of capacities in 2022, as well as in improving energy efficiency, while in 2021 it used EUR4 million of investments, Yuriy Atanasov, the CEO of Centravis, said during an online press conference. According to him, capital investments in 2020 amounted to EUR2 million. “For 2021, it was planned to invest EUR 7.5 million, but used EUR 4 million. We implemented several landmark projects – we were able to launch our own boiler houses to provide steam and heat production, thanks to which gas costs halved. We also invested in the renewal of pickling sites – we are leaving from aggressive technologies, plus a reduction in energy costs. Some of the projects have been transferred to 2022. We also intend to invest in additional capacities,” Atanasov explained.
The company in 2021 received income in the amount of EUR140 million, for 2022 the plan is EUR200 million. At the same time, the CEO specified that the growth in income is mainly due to rising prices.
The top manager pointed to three important factors that took place in 2021: a sharp recovery in the market and a “hysterical” increase in demand.
“Markets have moved into a state of activity very quickly since the end of 2020. And it was difficult – we were not ready for this. The second factor – a sharp unwinding of inflation, rising prices for energy resources, for materials, for our raw materials – there was a catastrophically sharp increase in prices. And we had to take this into account in our work. The third factor is how we work to expand our capacities. We did not use an extensive method, we did not increase hiring of personnel, but went along the path of increasing efficiency. And we are directing investments towards systemic expansion of capacities. This determined our actions last year,” the CEO explained.
The head of the enterprise noted that the company is optimistic about 2022 and the future.
“Centravis strengthened its position as a reliable supplier. And the markets are diversified – Europe, Asia, and the Russian market is less and less,” Atanasov stated.
Centravis is one of the world’s largest manufacturers of seamless stainless pipes, founded in 2000. Its production facilities are located in Nikopol (Dnipropetrovsk region). It is included in the top ten global players. The company employs more than 1,400 people. 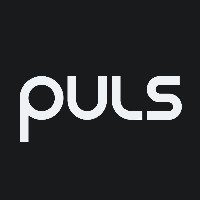 IT company IdeaSoft, part of Swedish-Ukrainian Sigma Software Group, has announced the acquisition of Kharkiv-based software and gaming technology company PULS Software.
According to the Sigma Software Group’s website post, PULS Software has already changed its name to Eventyr, while retaining its structure and leadership team after the merger.
The transaction took place on January 20, 2022. It is expected to accelerate both companies’ growth, business and management capabilities, and strengthen entire Sigma Software Group by adding new domains to business offerings for existing and new customers.
The amount of the transaction is not disclosed.
One of the main business vectors will focus on the Web 3.0, NFT games and Metaverse vectors, as well as expansion into the large corporate IT sector.
IdeaSoft CEO Andriy Lazorenko emphasizes that the main reason for this collaboration is the strong management team at Eventyr.
“We will assist them to grow and launch new business verticals. The merger allows us to explore deeper to the NFT gametech domains utilizing Ideasoft and Eventyr [ex. PULS Software] key expertise. That perfectly lines up with the current market growth,” Lazorenko said.
Eventyr is a fast growing company with extensive experience in mobile app development, AR/VR and games. It was founded in 2017 by Danylo Slupsky and Oleh Voitenko joined in 2020 as COO. Currently, Eventyr brings together 70 professionals and has more than 200 projects.
Earlier, in December 2021, Sigma Software, Ideasoft and Datrics created a new venture fund in Ukraine called SID Venture Partners with a $15 million trust fund.
The fund will focus on financing at early stages (pre-seed, seed, Series A) of projects with Ukrainian founders in deeptech, b2b, blockchain, fintech and automotive industries. Entrepreneurs from Clean.io (cybersecurity solutions) and NEAR (a $6 billion blockchain project), as well as other representatives of the IT market, will also be involved in scaling portfolio companies. 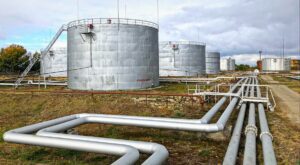 After the acquisition of Kherson Oil Transshipment Complex in early 2021, OKKO Group invested more than UAH 60 million in the reconstruction of the facility, according to a press release from the company on Tuesday.
“During this period, the company has modernized a tank farm and an oil depot, which is part of Kherson Oil Transshipment Complex, built new auto-loading points, restored a fire reservoir, etc.,” the document says.
According to OKKO Group, on the territory of the oil depot, located 4.5 km from a harbor, a new auto-loading rack with an automated control system has been built, which can serve six vehicles at the same time, as well as a new pumping station.
Since a railway track is connected to the tank farm, a railway overpass for loading into tank cars also operates on its territory.
“We received an object in which no one had invested anything for years. Thus, we faced a difficult task: to make it not only economically efficient, but also technologically safe in the shortest possible time,” Vasyl Kindiy, Head of OKKO oil terminals network, said.
According to him, the company intends to carry out significant volumes of work at Kherson Oil Transshipment Complex also in 2022. In particular, an increase in the traffic flow is expected, including due to the arrangement of infrastructure for receiving bitumen tankers.
At present, Kherson Oil Transshipment Complex is capable of receiving simultaneously two tankers with a volume of 6,500 tonnes each with a period of unloading one tanker about a day.
“But already now we can say that Ukraine has got another opportunity to fill the domestic market of petroleum products with resources from the Black Sea and Mediterranean regions,” Kindiy summed up.
The OKKO Group network has 10 own oil depots, one gas pumping station, Kherson Oil Transshipment Complex, 19 stationary and mobile laboratories for quality control of petroleum products.
The group includes a network of OKKO filling stations (Concern Galnaftogaz) – one of the largest filling networks in Ukraine, which includes 420 filling complexes.
The majority shareholder of the company is Vitaliy Antonov, among the minority shareholders is the European Bank for Reconstruction and Development.