KYIV. Oct 2 (Interfax-Ukraine) – The volume of exports of computer and information services from Ukraine in January-June 2017 increased by 18.3%, to $1.256 billion compared with the same period in 2016.
According to the press service of the European Business Association (EBA), thus, in terms of export earnings growth in the first half of the year, the IT industry ranked third in the export structure. At the same time, the volume of tax revenues from the IT sector to the national budget grew by 32.9% against the similar figure of last year and amounted to UAH 3.69 million.
“In the first half of 2017, the industry of information and computer services in Ukraine continues to show a steady and stable growth in terms of exports of high-tech solutions and tax revenues to the budget,” a statement reads.
The growth in the main indicators of the IT sector is primarily due to a 7% rise in the number of specialists in the top 50 largest players in the industry (according to the dou.ua portal) in January-June 2017, the adoption of bill No. 4496 on simplification of exports of services at the end of 2016 and a relative political and legislative stability in the country.
“At present the IT industry is a driver of the growth of the Ukrainian economy and a component of the promotion of our state as a high-tech country in the international arena. Starting from 2013, the industry demonstrates a stable growth in exports and in the first half of this year it ranked third in terms of growth in foreign currency earnings,” Executive Director of the EBA IT Committee Kostiantyn Vasiuk said. 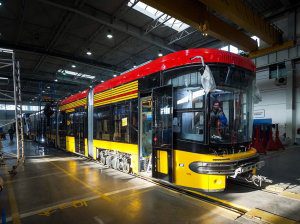 KYIV. Oct 2(Interfax-Ukraine) – Poland’s Pesa, which won a tender to supply 40 trams to Kyiv in August 2017, plans to start production of trams in Kyiv, Kyiv Mayor Vitali Klitschko has said.
“I will reveal a small secret. When I visited the Polish plant Pesa I arranged with the company’s top managers that they would open their plant in Kyiv – first semi knocked down and later the full production cycle,” the press service of Kyiv City Administration reported, citing Klitschko in an interview with Novoye Vremia publication.
Klitschko recalled that Kyiv is buying 40 trams now and seven Lviv’s trams Electron.
“This is high-tech low-deck European transport with air conditioners, video surveillance and wi-fi. We also bought 60 MAZ buses meeting modern requirements,” he said.
Klitschko said that 400 trams are used in Kyiv, and 90% of them are older than 30 years. The tram fleet has not been upgraded for at least 30 years.
“We need to buy 165 more new trams, over 230 buses and 230 trolleybuses to fully upgrade the fleet.
“This is three or four times more than we bought now. According to the humblest forecasts, it will take around five years to buy new transport,” he said. 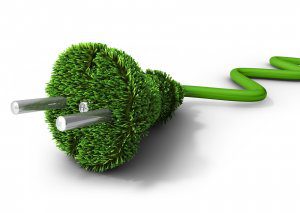 KYIV. Oct 2 (Interfax-Ukraine) – The installed capacity of facilities producing electricity from renewable sources in Ukraine in January-September 2017 increased by 18%, to 1,320 MW, Dmytro Vovk, the head of the National Commission for Energy, Housing and Utilities Services Regulation (NCER), has said.
“At an open meeting, according to the law, we’ve just approved tariffs for the fourth quarter and summed up the results of the nine months of 2017: we commissioned 201 MW of new capacity, which is 3.7 times more than in the same period in 2016, solar power plants account for 83% of new facilities, the average unit capacity is 6 MW and, for the first time in many years, facilities with a capacity of more than 10 MW appeared, the total installed capacity of renewable energy sources in the nine months rose by 18% and is 1,320 MW,” he wrote on his Facebook page.
According to the NCER, the share of renewable energy sources in total electricity production for the first nine months of 2017 was 1.58%. At the same time, the share of such generation in the total cost of electricity produced is 8%. 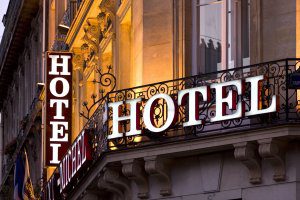 KYIV. Sept 29 (Interfax-Ukraine) – Smart-Holding and Rezidor Hotel Group have announced the opening of the first hotel of the Park Inn by Radisson brand in Ukraine near the Olympiysky National Sports Complex in Kyiv.
“Park Inn by Radisson Kyiv Troyitska is our first investment project in hospitality business. This is an attractive sphere for us. Rooms of this class hotel in the center of the city would be always of great demand. I am sure that jointly with the Rezidor Hotel Group we have offered a competitive project that fully meets international standards to city guests. The hotel would extend the ensemble of the Troyitska Square which we reconstructed before the final matches of Euro 2012,” the press service of Smart-Holding said, citing CEO Oleksiy Pertin.
The press service said that Smart-Holding acts as an investor in the hotel reconstruction project. Rezidor Hotel Group is the managing company of the hotel. It is the fourth hotel for Carlson Rezidor in Ukraine and third in Kyiv.
Smart-Holding told Interfax-Ukraine that the hotel took in first guests on September 26.
The hotel has 196 rooms. 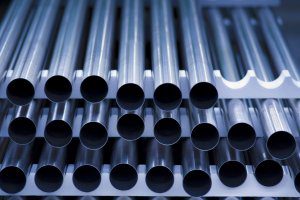