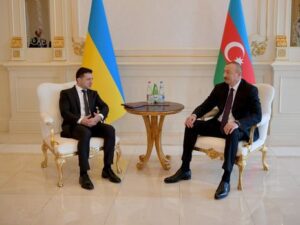 The trade turnover between Ukraine and Azerbaijan for the first time in seven years has reached an all-time high levels of almost $1 billion, President of Ukraine Volodymyr Zelensky has said. “The commodity turnover [between Ukraine and Azerbaijan] not only did not decrease, despite what is happening around the world and our states are no exception, despite the COVID-19 pandemic, for the first time in seven years, the trade turnover has reached an all-time high of almost $1 billion “, Zelensky said during a joint briefing with Azerbaijani President Ilham Aliyev in Kyiv on Thursday.
According to Zelensky, Ukraine and Azerbaijan set a goal to double the volume of joint trade by 2024, increase the amount of joint investments and projects, in particular, the participation of Azerbaijani companies in the Great Construction program, as well as mutual participation in the construction of new infrastructure in both states.
Also, according to the president, Ukraine counts on the active participation of Azerbaijani business in privatization in Ukraine. 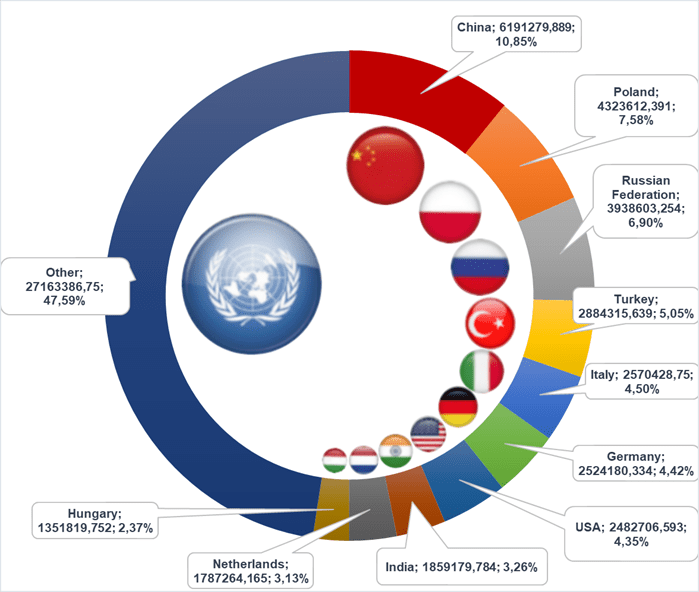 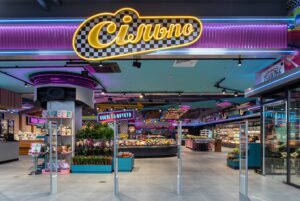 The Silpo grocery supermarket chain, part of Fozzy Group (Kyiv), has signed a cooperation agreement with the Italian Trade Agency (ICE) to promote Italian brands and goods, the group’s press service said.
According to the announcement, the parties will work together to promote Italian brands and products, combat the “Italian sounding” phenomenon, and raise awareness of Italian cuisine and products.
According to the ICE office, the Italian National Institute of Statistics in 2020 recorded an increase in imports of Italian goods to Ukraine by 27%, or by EUR208 million compared to the previous year. In the total volume of imports of Italian goods, food products accounted for 12.3%.
According to the company’s website, the Silpo chain has 318 supermarkets in 60 cities of Ukraine, as well as four Le Silpo gourmet markets in Kyiv, Dnipro, Kharkiv and Odesa.
In January-September 2021, Silpo’s trade turnover amounted to UAH 42.1 billion.
Silpo-Food LLC was established in early August 2016. 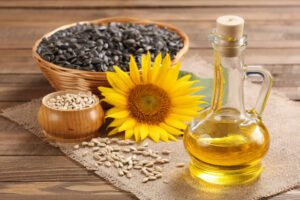 The State Service of Ukraine on Food Safety and Consumer Protection has submitted to the Chinese side the lists of Ukrainian producers of vegetable oil exporting it to China for approval, this measure is due to the requirement introduced in the PRC to register foreign food producers.The changes in the procedure for the export of food products that occurred in the national legislation of the PRC in October this year were reported on the website of the State Food Service.The agency clarified that, together with the Ukroliyaprom association, it collected and submitted information about Ukrainian exporters of vegetable oil for consideration by the Chinese side.The service clarified that China will complete the registration procedure and form a list of vegetable oil exporters by the end of 2021.The agency stressed that it is working on opening the Chinese market for poultry, eggs and egg products, wheat, rapeseeds, sorghum, peas and beans, cherries, wheat flour, soybean meal, apples, blueberries, etc.As reported, in January-July 2021, China imported Ukrainian agricultural products for $2.4 billion, India – for $947 million, the Netherlands – for $908 million, Spain – for $538 million. In total, the export of Ukrainian agricultural products for the seven months of 2021 increased by 6.7% compared to January-July 2020 – to $12.5 billion, imports – by 19.4%, to $4.19 billion. 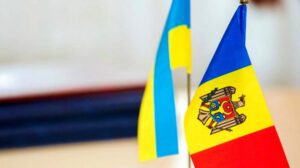 Deputy Minister of Economy, Trade Representative of Ukraine Taras Kachka and State Secretary of the Ministry of Economy of Moldova Vadim Gumene have discussed trade protection issues between the countries during a meeting of the Ukrainian-Moldovan working group, the Ministry of Economy of Ukraine has reported.“Some of the issues of bilateral trade, which we today [on November 16] are raising at the meeting, have been discussed for several years. Resolving trade disputes, in particular on ensuring an equal and transparent approach to Ukrainian exporters in accordance with the principles of the World Trade Organization, will be favorable strengthening Ukrainian-Moldovan trade relations and increasing the dynamics and bilateral trade,” the press service of the ministry said on the website, citing Kachka.As the ministry said, the Moldovan side raised the issue of the use by Ukraine of anti-dumping duties on the import of cement, rods from carbon and other alloy steels originating from Moldova to Ukraine. At the same time, the Ministry of Economy said that Ukraine has already begun an interim revision of anti-dumping measures for the import of cement into Ukraine from the Rybnitsa Cement Plant (Moldova).The Ukrainian side, in turn, raised the issue of amendments to the legislation of Moldova on displaying at least 50% of food products produced and/or processed on the territory of Moldova on trade shelves in retail chains. “Such a decision may negatively affect the volume of supplies from Ukraine of products falling under the specified restrictions. We are talking about the amount of almost $170 million,” the ministry said.In addition, the issue of environmental fee in Moldova, including from importers, for goods in plastic or tetrapack packaging, remains open. The low internal control in Moldova over the payment of environmental fees by local producers is worrying, while Ukrainian companies bear double costs, the ministry said.The Ukrainian side also raised the issue of customs clearance of goods exported to Moldova. In particular, problems are caused by the frequency of checks of Ukrainian goods and the additional costs incurred by Ukrainian companies.“The results of today’s discussions will be considered during a meeting of the joint intergovernmental Ukrainian-Moldovan commission on trade and economic cooperation, which will take place in the near future,” the ministry said. 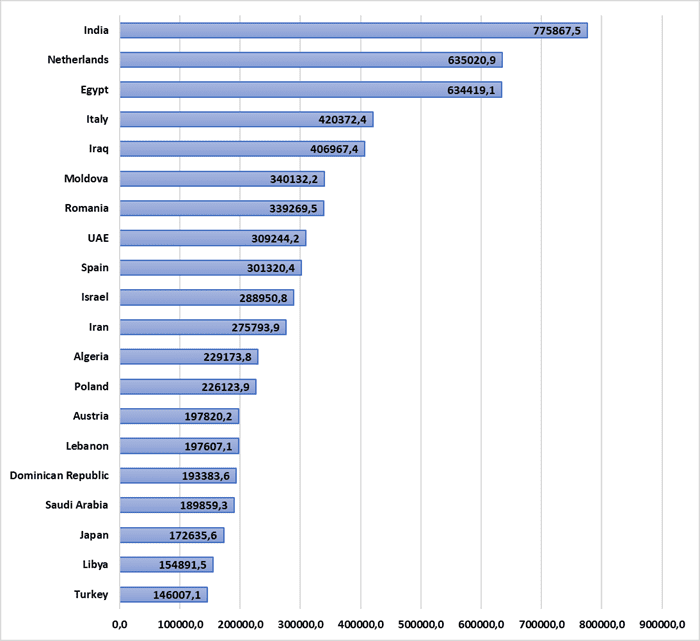